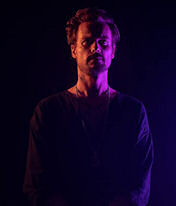 Imagine the Brady Bunch from early 1970s television – but as a coven of witches in LA. The introductory scene to “King Knight” even has the three by three layout of pictures of the “family” with a cat in the center housekeeper position.

We are introduced to the four couples who make up the coven: Thorn (Matthew Gray Gubler – “The Life Aquatic with Steve Zissou”) and Willow (Angela Sarafyan – “Lost and Found in Armenia”), who lead the coven, and three others whose bizarre natures make Thorn and Willow seem like, well, Mike and Carol Brady.

Writer/Director Richard Bates Jr. (“Suburban Gothic”) has cleverly substituted wiccan practices, terms and items for the little everyday things that fill “normal” lives. And that is an important point – maybe the most important – writer Bates seems to be making. For these witches (the term “warlock” is not used for the males in this story). these ARE the elements of their normal everyday lives – it is the rest of us who are weird.

As the story takes form, we are introduced to wiccan elements such as the Beltane Festival (a fire festival held on May 1 that celebrates both natural and human fertility), where instead of a full-blown bonfire the guys jump over a decorative candle because of previous “accidents.” Even for wiccans they are lame.

All is not well among the worshipers of the “horned lord,” however. Thorn is receiving emails he’s hiding from Willow. Eventually, she finds them and he confesses the horrible secrets of his past. At first, Willow rejects him as a monster, but then realizes that he is no longer the thing he once was. But when he confesses to the coven, they are not so forgiving and banish him. His response to banishment is a walkabout (a rite of passage in Australian aboriginal tradition where the young male finds his adulthood through survival alone in the harsh wilderness). On this walk – beautifully captured by cinematographer Sheehan Seth (“Holidays”) – Thorn hallucinates talking inanimate objects, and a visit from legendary wizard Merlin (Ray Wise – “RoboCop”).

The whole story is tongue in cheek, and cleverly amusing. There are no belly laughs here – just a mellow realization that the world is full of people for whom their everyday lives, no matter how different from ours, are normal to them.

In addition to the main players, a cameo by Barbara Crampton (“ReAnimator”) as Thorn’s estranged mother adds to the amusement.

This is a small film with small ambitions, but it is all charmingly human. 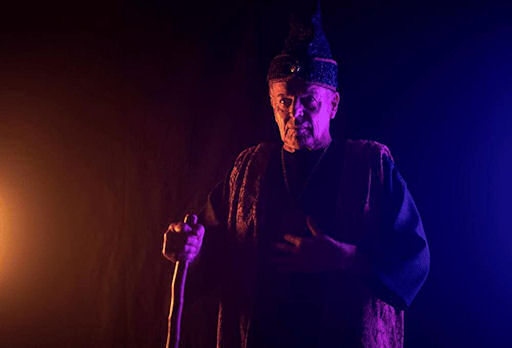