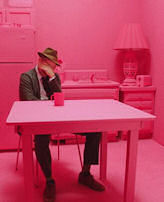 Released by Music Box Films, a distributor of foreign and independent films, this 2021 surreal production from Ley Line Entertainment deals with a future in which dreams can be recorded and played back to our conscious minds. Evidently everyone does this, and it is an accepted form of entertainment.

The opening scene takes place in an all pink kitchen in which James Preble (Kentucker Audley – “Sun Don’t Shine,” “Ain’t Them Bodies Saints,” “V/H/S”) is sprawled over the table. He rises – searching for food, medication and water – but finds only empty pick containers. The door opens and, in through a heavy mist, comes his friend Buddy (Linas Philips – “White Death,” “The Night Stalker,” “Manson Family Vacation”) bearing Captain Kelly fried chicken and Red Rocket soda. They sit down and enjoy the feast.

We realize this is a dream as Preble wakes in his bed in a normal bedroom. He rises, takes a memory stick (called an air stick in the film) from a bedside device that has recorded the dream, and puts it in playback device while getting breakfast.

Then he’s off to work, driving into the country in his 1967 Corvair wearing a suit and hat right out of film noir. When he arrives at his destination, a strawberry-red hotel on the far end of a long grassy rise, he parks just off the road by a sign reading “The End.” He walks up the hill toward the house, carrying his suitcase – reminiscent of Andrew Wyeth’s painting “Christina’s World”.

When he arrives at the front door he finds the property is owned by an elderly woman named Arabella Isadora (Penny Fuller, channeling the late Betty White). Only then is it explained that he is a revenue man for the government, responsible for assessing taxes on dreams. It appears Arabella has never been taxed, and has literally thousands of recorded dreams he will have to review for this assessment. During this multi-day process, he comes to respect and even love Arabella – although it is through his viewing of her dreams of her younger self, played by Grace Glowicki (“Tito”). He also comes to realize that he, and everyone else, is being manipulated to buy products through commercials inserted in their dreams.
|
The dream recordings and several unconsciousness sequences courtesy of villain Peter Bloom (Reed Birney – “The Hunt,” “Morning Glory,” “A Perfect Murder”) allow the directors, Audley and Albert Birney, to introduce highly imaginative, if not wholly professional, looking dream imagery. It is within this imagery that James meets the younger Arabella, faces various threats with her, and finally wins her love.

This film is disappointing in several ways. The concept is great and the acting, especially by Fuller and Reed Birney, was excellent. However, the overall execution is marred by poor acting on the part of protagonist Preble. It may be that the intent was to present a man with little character of his own who finds himself in a situation for which his experiences have not prepared him. However, he comes across as weak and confused. He is stumbling through a dreamworld both awake and in his dreams.

The musical score is original and performed by musicians playing actual instruments, but the screener I received had the music track overwhelming the dialogue at numerous places, making it difficult to follow conversations.

Finally, this movie is described elsewhere as being “a $20 million concept on an Indie budget.” It shows. The special effects are numerous but amateurish. It would have been better to aim for fewer, or less realistic, effects created through early Terry Gilliam animation rather than what was done here. In addition, the entire interior production had a flat look with muted color indicative of inadequate lighting.

All that said, the film proved very popular at its 2021 Sundance debut. 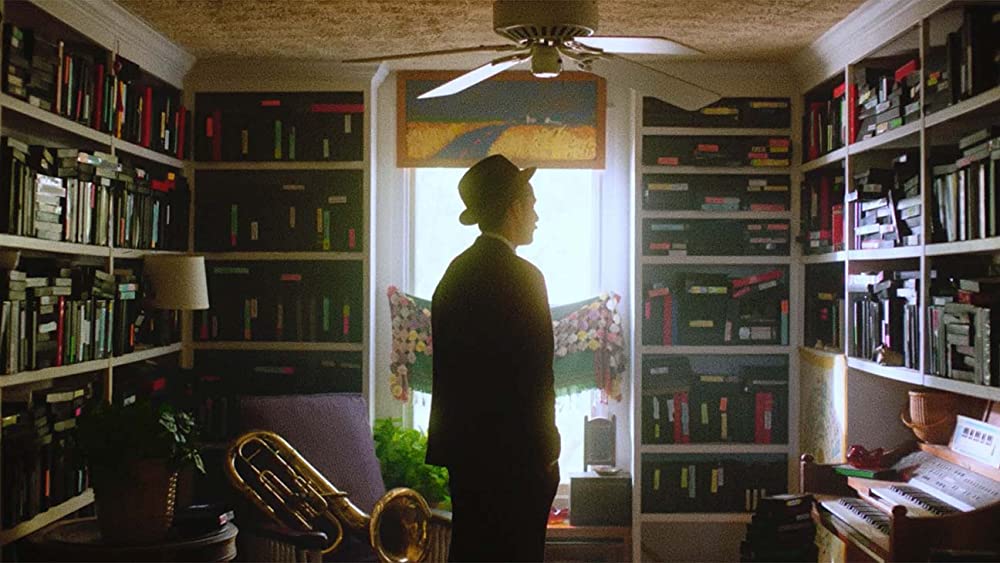