Review: Grandpa Was An Emperor 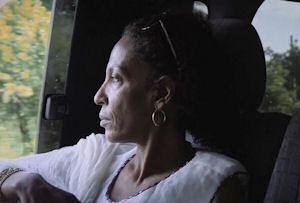 Still revered by many to this day, Emperor Haile Selassie ruled Ethiopia for decades. This film examines the coup that unseated him in 1974 through the eyes of his great granddaughter (Yeshi Kassa), and the reverberations of that coup throughout Selassie’s extended family. To a degree, the country has been in turmoil ever since, although the huge diversity and tribal interests in the nation had ensured unrest for centuries before and centuries to come.

Ms. Kassa narrates the excellent archival footage and puts a personality to the legend. She was attending a British boarding school at the time of the coup. Even though outside of immediate danger. she felt the shock like a thunderbolt. The fact that the opposition, led by Mengistu Haile Mariam, was rounding up and executing staff and family connected to the regime appears to have paled in comparison to the unthinkable. The legend had been rendered human, all too human.

This is an important time for this film, being screened at the 2021 DOC NYC film festival. Produced and presented by IFC and running in-person through Nov. 18 at IFC Center, SVA Theatre and Cinépolis Chelsea, the festival should shed some light on the ongoing Ethiopian Tigray crisis. The were two severe famines in the Tigray region in 1973 and later during the regime of Mr. Mariam. The latter was reported to be worse than the former.

The over-arching message of the movie is not a positive one. Absolute power leads to absolute corruption and the first sign of that corruption is shutting out a major section of the country. The failure of Emperor Selassie was not in stealing as much as it was the tunnel vision that comes with unmitigated adulation. It is a tunnel vision that affects us all.

The archives as well as firsthand interviews and skilled narration paint a picture of stark terror as the communist inspired DERG locate and imprison members of the family, some sixty of which would be documented deaths at the hands of the junta. An interesting side note is that pop musician Bob Marley would leverage his Rastafarian beliefs into saving at least a half dozen of the youngest members of the family. Small private planes, hired at great expense, are shown spiriting the children away just under the gaze of the murderous military.

The parallels Ms. Kassa tries to draw with the Romanov regime are curious. To be sure, the terror is there and that terror is very real and, apparently, in both cases communist inspired. Even so, there is so much more important history and such a much more enduring legacy it would seem that screen time could have been better spent.

Murdered along with many of his staff and family, Haile Selassie’s remains were exhumed and given a proper burial to the current resting place of honor. As his grand-daughter said, “To whom much is given, much is expected.” There is little doubt her family gave as much as was expected. Unfortunately, there is no end in sight.