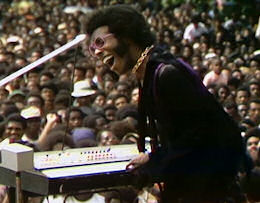 The most significant memory in this stirring documentary is how it sat on the shelf for nearly five decades due to lack of public interest. Woodstock, located one hundred miles to the north and bursting out at the same time, became legend while the Harlem Cultural Festival sat on the shelf. A treasure trove of civil rights music, musings and inspiration this montage was lost on a white population that was enjoying the biggest economic free-for-all since WWII. Suburbs were being built and occupied, Detroit muscle cars ruled the world and, oh yes, we put a man on the moon. A white man of course.

Directed by Questlove of The Roots, the film is being screened at the 2021 DOC NYC film festival, produced and presented by IFC Center, which runs in-person Nov. 10 to 18 at IFC Center, SVA Theatre and Cinépolis Chelsea and continues online until Nov. 28.

The regrettable absence of “Whitey on the Moon” by Gil Scott-Heron aside, this film being more historical perspective and less performance piece both promotes and closets. The last thing the ruling class wanted was more riots publicizing holes in the American Dream or rats in the inner city bedrooms.

Expert and heart-felt editing combines the six concerts that took place in Harlem between June 29 and Aug. 24 into a single piece. The editing must have been heart breaking as some 38 of the 40 original hours were left on the cutting room floor. What remains is priceless.

Stevie Wonder opens with a drum solo followed by BB King with the guitar that Eric Clapton envied even as he collected royalties 10 times Mr. King’s. The 5th Dimension breaks things wide open with a set of “Hair” chart toppers. You know the ones, truly fantastic footage and a big piece of the story about black performers making much more money singing white music than the profound statements of Nina Simone, the Edward Hawkins Singers or the Staple Singers.

Al Sharpton and Jesse Jackson make appearances and archival footage of other civil rights leaders make this film as more polemic than performance. If this makes it less interesting to music fans, so be it. There are messages here that are more pertinent, critical and uncomfortable now than in 1969. The sadness lurking in the background is that they are exactly that. Far more pertinent and relevant than they should be. We have put a thousand more men and objects on the moon, planets and in space and a major segment of our population is still waiting for their opportunities. Waiting to be part of the Dream.

Ending with a flourish of David Ruffin, Gladys Knight and Sly and the Family Stone (he actually appeared for this one), the footage lands with earth-shaking impact. Any one of the dozen performances in this movie is worth the price of admission. There is simply nothing like it.

The combined in-person audience of 300,000 experienced something that was not televised and perhaps even more powerful within that community because of it. The sadness is that, to this day, their message remains largely buried. 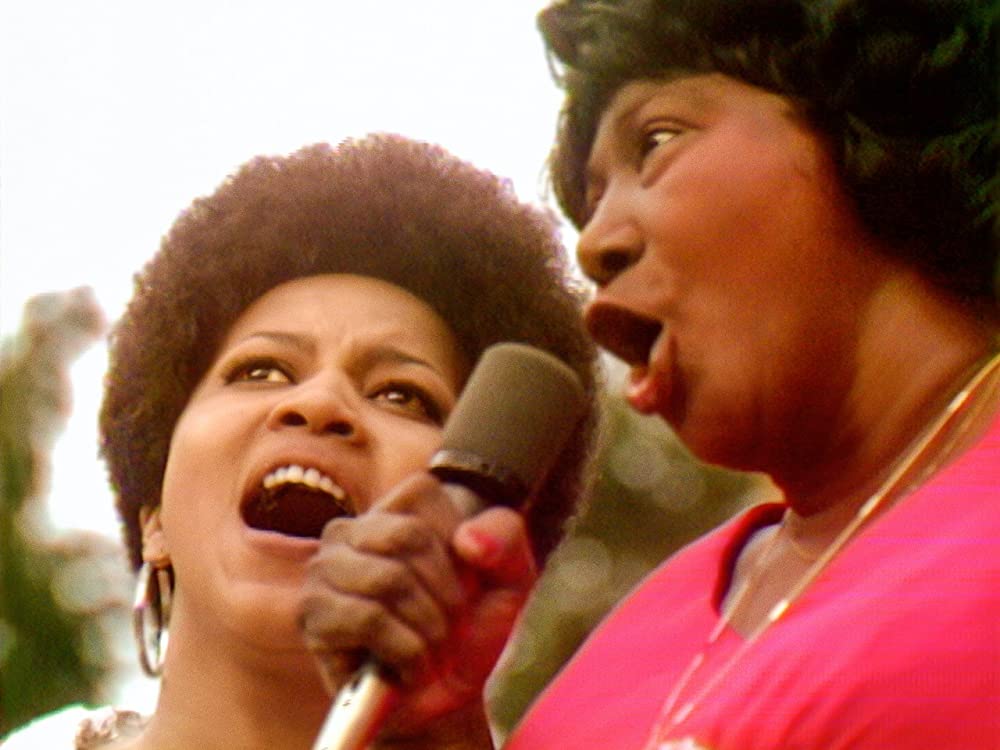