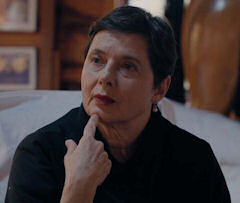 Roberto Rossellini was a famous director in Italy, but in the end, it is the haunting “Casablanca” star Ingrid Bergman, whom he married in 1950, that made his personal life international news and this film, “The Rossellinis,” mandatory viewing.

Roberto Rossellini’s grandson, Alessandro Rossellini, has created an insider’s view of the swath of destruction his compulsive obsessive, narcissistic grandfather, Roberto, wrecked on all those around him. His legacy, he died broke, is his anarchic “morality” that crippled those with whom he came in contact. Alessandro, an early victim, calls the resultant family disease Rossellini-itis.

Roberto Rossellini was not a good-looking man and Alessandro does not search for redeeming characteristics. However, he does acknowledge that his grandfather is world-renown as a revolutionary filmmaker, bringing harsh reality to brutal, blazing realism on the screen in a troika of notable films on fascism, beginning with “Rome, Open City” (aka “Roma città aperta” and “Open City”), where a woman’s anguished screams for her politically detained husband are met with dispassionate gunfire from the police.

Let’s just be frank. It’s hard to maintain integrity when you are worshipped. As Rossellini’s career took off, his personal life dropped into an abyss. He indulged in eccentric behavior, referring himself to a sow and having his grandchildren suck on his neck and chest. Alessandro provides the footage.

Rossellini was certainly a cash cow and sire of an ever expanding family. His monetary power evolved into dangerous, manipulative control. When his son, Renzo, fell in love with exotically beautiful Katherine Cohen, Alessandro’s mother, a marriage was prevented and the conceived child taken into Rossellini’s custody.

No one is unscathed in this documentary. Alessandro tells us he is making this film as a way to understand and recover. He is looking for healing as he visits each relative, questioning them about how their lives were affected by absent parents, a commanding grandfather, and the fame that swirls around their last name, that despite marriages, they have each chosen to maintain.

Alessandro explains that the main symptom of Rossellini-itis is “the sense of inadequacy that comes from being the children of famous and beloved people, in particular, of a father who succeeded in being at once brilliant, possessive and absent.

Hopefully Alessandro has learned from this process of exceptionally insightful filmmaking, that he, despite his troubled life, is more than his name and has no need to depend on it to verify his talent or his place in life. 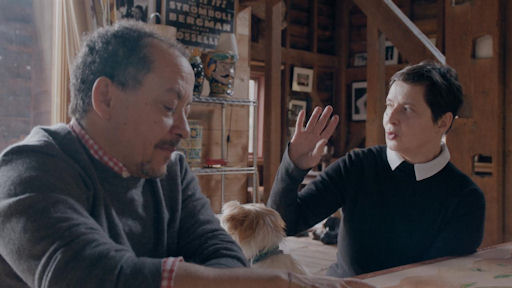 “The Rossellinis” will receive its U.S. Premiere at DOC NYC Film Festival on Nov. 14. It will also be available to viewers online from Nov. 15 to 28 through DOC NYC Screenings.