Evelyn Purcell’s thriller, set in the African desert, combines wild animal mystique with a decidedly feministic point of view. Tally (Svetlana Metkina) and Josie (Maisie Williams) become stranded in the desert and must face the duel threats of dehydration and psychopathic gun runners. In the background are the growling and snarling jackals, a grim reminder of what awaits the careless human in the blistering, bone dry plains. 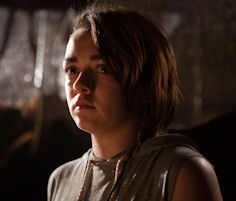 Teenager Josie has been shanghaied into one of her father Paul’s (Stephen Dorff) wildlife research trips into the wilderness. His specialty is jackals and he is an expert who truly loves his work. To Josie’s dismay, Paul sometimes seems to care much more about jackals than he cares about his teenage daughter. The fact that Paul has left Josie’s mom for Tally only makes things worse.

For the first 15 minutes of the film, we are forced to watch Josie go through tedious and hackneyed teenage girl acting out, as the stage is set for the eventual traumatic bonding between her and her father’s lover.

Unfortunately for Paul, he stumbles upon a gang of gun runners who have decided to make a little money on the side by killing a rhino. Apparently as dumb as a man can be, he jumps out of his car, leaving Josie alone, and confronts the men who summarily dispatch him with one of their stock of exotic military weapons. The men, inexplicably, decide to leave Josie to her own fate, unaware that Tally is expecting them back. Tally sets off from camp with almost no water, searching for Paul and Josie. Later in the film Josie wanders into the criminals’ camp alone, looking for something or someone.

In short, there are entirely too many things that happen in this movie that are too hard to believe. Even teens are not completely stupid, let alone natural scientists.

The story is told in a series of flashbacks that make an otherwise thin plot a little more entertaining. There are a couple good action scenes when the baddies get what is coming to them, but otherwise the screenplay fails to rise much above the norm. The acting by Dorff and Williams is negligible, the heavy lifting being done by Svetlana Metkina who emerges as the alpha female, packing a bigger gun than even the redoubtable Peter Stormare. As she vows to protect the idiotic Josie, the trauma of her dead lover combined with the grueling desert heat take their toll. She slowly begins to lose sight of reality, more and more assuming the look and behavior of the animals around her. This is good acting, but it is about the only good acting in the movie.

The film is scattered throughout with comparisons of jackals to humans and the role of the jackal in myth and mystical religion. The presentation of the jackals during times of great danger to Josie implies the spirit of her father is watching over her in some way. However, when the jackals break into the tent and drink all the water, it is not at all clear who is helping who, or how jackals can open a jerry-can lid. Not only did those rascals drink the water, they chewed up the satellite phone as well, apparently having developed a taste for plastic. All things considered, the jackal symbolism, although a great idea, sends a mixed message. In the end it is the women who win out over the men and the animals are out of the picture.

Peter Stormare is great, as usual, as the chief psycho arms smuggler, but his scenes are too few and far between. It would have been a better film if the role of the teenager Josie was simply deleted and that screen time was spent on developing the conflict between the hopelessly out-gunned Tally and the mentally deficient and deviant chief gangster. A nice touch would have been to feature a little more of the jackal footage and have the animals play a bigger part in the film. Easier said than done, no doubt, as they do not appear to be the easiest animals to train for the screen. If any jackal wranglers are reading this, please contact the film maker.

Scorpion stings, rifles as big as Volkswagens, implied psycho teen sex and the marvelous snarling wild dogs make this thriller a vital part of the summer movie scene. Be there or be dinner. 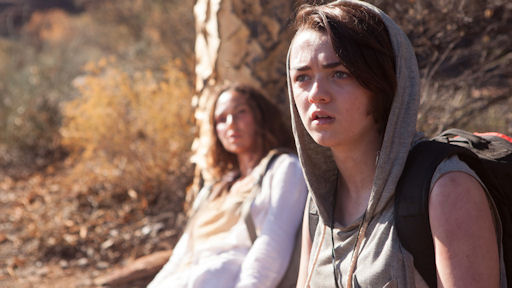