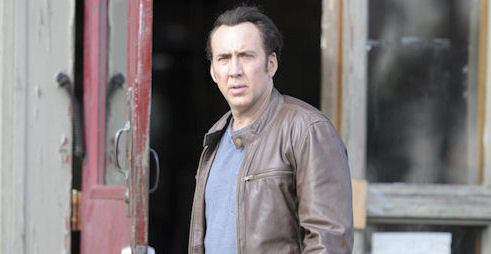 Nicolas Cage plays ex-mobster Paul Maguire in this Cage vehicle for the free and thorough expression of one thing that Cage does well: rage. And there is plenty to rage about in this flick when perky daughter Caitlin is kidnapped and found dead. Maguire reunites with his past crew, Kane (Max Ryan) and Danny (Michael McGrady) to settle the score.

In this case, the score settlee turns out to be the vicious and intelligent Chernov (Pasha D. Lychnikoff), an international kingpin who never loses a fight. The Russian mobster as villain is typical of the limited vision brought to bear in this good guy vs. bad guy fantasy. Various flashbacks and furtively disclosed back stories reveal Maguire killed Chernov’s brother in Maguire’s past life. It appears that past has come back to haunt him. Nonetheless, questions remain.

Unfortunately, subsequent furtive flashbacks and feverish narratives take the audience one step back for every one step forward and, try as we might; it is hard to get ahead of the confusion. The stories appear conflicting or irrelevant and each clue provides its own demand to fit into the rest of the story.

This is a good plot device, to impose the confusion, misery, panic and anger on the audience that is being felt by Maguire. However, it does not make this a good movie. The overall plot (final twists included) is not good enough to warrant the unfathomable mysteries of the body of the story. This is, after all, an escapist set-up and people attend to see Nick Cage in action, not to feel misery.

Even when Peter Stormare (playing ex mob leader O’Connell) tells Maguire to lay off the revenge and focus on his own life, we in the audience are laughing that off. Even if O’Connell is strapped to a wheel chair for the rest of his life, presumably as a result of one of his last gangland adventures, that advice leads nowhere. Following it would be the end of this blood fest and everybody knows it. 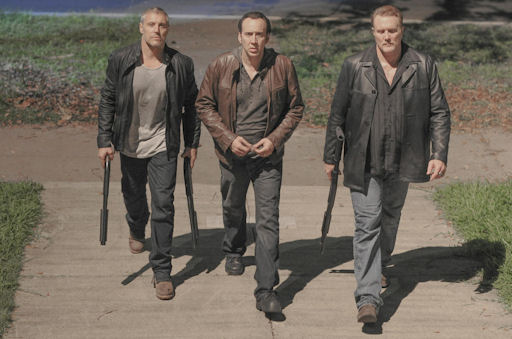 Meanwhile, back in the Russky mob, there is double-crossing afoot that would appear to be bad juju for the kidnapped girl. Rachel Nichols (Vanessa Maguire), Maguire’s second wife and Caitlin’s step-mom is incensed “Just as if Caitlin were her own daughter.” OK, where were we …

The gang is re-uniting and re-learning why they broke up in the first place. By and large, they do not like each other all that well. As opposed to the “Mission Impossible” team, this is more like the “crew impossible” team. It is not at all obvious these guys could ever work together, on any caper. No big deal, Maguire will take on most of the death dealing himself. Bang-bang, you’re dead, skewered, hung, and so forth.

Be thankful for the small favors granted by Director Paco Cabezas and writers Jim Agnew and Sean Keller. There are very few car chases and gun fights. For the most part the bloodletting is one shot, one kill. The martial arts are reasonably realistic and the fights blessedly short. There is something about the torture beatings that does not come off as being completely all there. When the good guys get beat up they don’t scream for mercy like most people would. Too much John Wayne influence.

Danny Glover gets some screen time as Detective Peter St. John, who counsels Maguire against violence and then tells him to go ahead anyway. There is a bit of screen chemistry there, in spite of the limiting script. This would have been a better film with more Glover/Cage interaction, but that was not to be.

In the end, to nobody’s surprise, violence fails to win the day but succeeds acceptably at the box office. All hail Nick Cage! 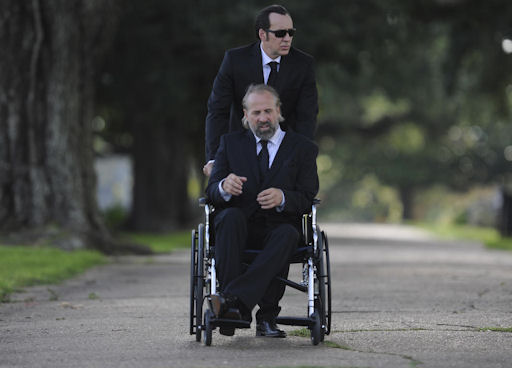