Philip K. Dick, dead by a stroke at age 53 in 1982, was early in his career reduced to buying horse meat, sold for dogs, in order to survive. Now revered as one of the great sci-fi writers of all time, with his work mined for ideas to turn into blockbuster films like “The Minority Report,” “Blade Runner,” “Total Recall” and “Adjustment Bureau,” Dick’s literary labor is making others rich and richer. 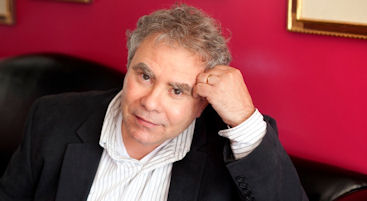 Writer/director John Alan Simon, a Harvard-educated fan of Dick’s work, has created the most insightful, thought-provoking, intelligent and faithful rendition of Dick’s work to date. His film, featuring singer Alanis Morisette, provokes questions about human origin, the nature of humanity, political agendas, subliminal consciousness and the role of artistic experience.

Faithful in spirit to Philip K. Dick’s work, “Radio Free Albemuth” is an experiment in channeling the heart, mind and themes of a great sci-fi writer to the screen.
That such a magnificent production is his directorial debut lends suspicion that he has more in common with Dick than the same birth date (Dec. 16) and same birth place (Chicago). Wanting to know just what this might be, I was granted access to ask questions about the role of cosmic intelligence and spirituality in the film and Simon’s own purpose for involving himself so completely with Dick’s work.

It’s Just Movies: Talk to me a little bit about making your first film.

John Alan Simon: Right before I made the movie I ran into Valerie Faris and Jonathan Dayton (directors for “Little Miss Sunshine”) and they suggested I prepare as they had by working with Joan Scheckel, a directing coach. Coincidentally she had a very small, select class starting up right away. One of her most important exercises was to help us channel the spirit of the movie. I channeled Philip K. Dick.

IJM: What did you come up with?

JAS: In all his writing, Dick asked two essential questions. “What is real?” and “What is human?” His answers are profound and interesting. Where they intersect is the film’s theme.
Humans have the power of empathy and kindness which differentiates them from advanced “thinking” machines. On one level, Dick’s novel is about friends who undertake a task that is beyond them – to combat a conspiracy at the highest reaches of government. Very much in the tradition of Orwell’s 1984 or The Manchurian Candidate. But it’s really about so much more – drawn from his own life. In fact, Dick makes himself one of the major characters in this story.

IJM: Both male protagonists in the film can be interpreted as extensions of Philip Dick’s own persona. Did he have a religious agenda like the Scientologists?

JAS: Many writers, including Yeats and Blake, had mystical experiences. So did Dick. After a series of visions and voices he heard in 1974 he questioned his own sanity and saw a shrink. He wanted to know if he was schizophrenic. The verdict – no he wasn’t, but he was obsessive-compulsive – and his obsession was, according to the shrink, that he THOUGHT he was schizophrenic.
He theorized that the source of the messages might be what he called VALIS – perhaps an ancient extraterrestrial satellite.
Dick never claimed his experiences revealed a truth with certainty – just a possibility. And in many senses, that possibility filled him with wonder and inspiration.
Both Dick and L. Ron Hubbard, the founder of Scientology, were sci-fi writers. The difference between them is that Hubbard wanted people to actually believe in the revelations [of his experience of alien intelligence, etc.] and founded an actual church. Dick didn’t proselytize or require anyone else to ascribe to his beliefs. But he wrote a fascinating million word journal he called The Exegesis exploring all the philosophical implications of his experience.
His form of religion was actually an eternal search and questioning. The ultimate truth is elusive and the search for ultimate truth makes us human. Finding truth makes us boring (laughs).
He yearned to believe in something and found a kind of belief in the concept of the search itself. This is an essential theme of the film and resonates for me personally.

IJM: Big production companies didn’t pick up your project and I understand you and your producers worked on this film for free. Why?

JAS: We never tried to get studios interested in “Radio Free Albemuth.” My script fully embodied the politics, mysticism and dark humor of Dick’s work. You can’t get that kind of film made in Hollywood. Even independent companies interested in financing wanted me to add ray gun fight scenes and flying cars and turn this really unique story into just another ordinary sci-fi action movie.

IJM: What is the purpose of this film? Why make it?

JAS: The movie is its own purpose. To make a movie I wanted to see from Dick’s novel and maybe provoke audiences to think – rather than merely sit there passively overwhelmed by spectacle and special effects. One of the really relevant themes is the dignity of the individual vs the authority of the state. It is a conspiracy thriller and in an alternate reality security state where civil liberties have been eroded by a Nixon-like president chasing after a shadowy terrorist organization that may or may not exist. I also loved the significance of rock and roll as a central element.
On an emotional level I wanted this to be a film about friendship. In order to get this friendship to come across I invited the leads to dinner and gave the waiter my credit card, with a specific request to keep the wine flowing. It worked. We had no rehearsal time, but when they arrived to film they were already friends.

IJM: What about religious implications? Someone in the film says, “Valis has always been there ready to help mankind – Moses, Confucius, Buddha, Jesus – inspiring all the great prophets and poets.”

JAS: I consider Radio Free Albemth a spiritual movie for atheists and agnostics. This is because if there is a Creator it would have to be an evolved being beyond us – like we are to an earthworm. VALIS might represent that concept.
However, Philip Dick never subscribed to a traditional religious belief in salvation, but believed in the power of Art to transform and deepen our lives. After all, in the movie it’s a song that’s used to get the truth out. 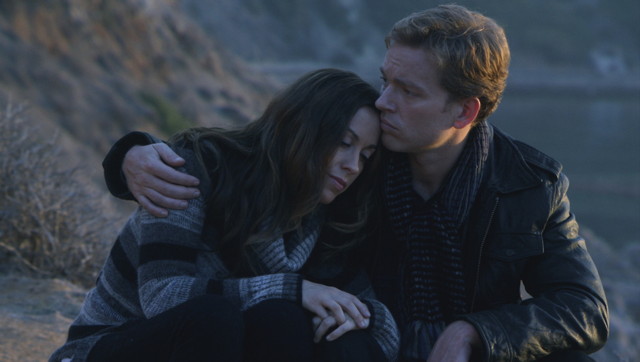 “Radio Free Albemuth” is currently available on all digital platforms during its theatrical run – including iTunes, Amazon, Time Warner OnDemand and for unlimited streaming on Yerka.