This beautiful Czech film begins with gentle, romantic music, a wedding and a short car caravan through a pastoral Czechoslovakian countryside to a small reception at the family farm. A beautiful bride is in the arms of a self-confident, dashing, amorous groom. The only problem is the uninvited guest. 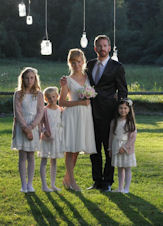 During courtship and certainly on a wedding day lovers try to project their best. But as time goes on, a darker character eventually surfaces. If this revelation occurred on our wedding day, would we shudder and run for the exit, tear up the marriage certificate, and seek an immediate annulment?

Jan Hrebejk and Petr Jarchovský, a Czech director and writer team, ask this question and others in their exquisite film which takes place over a period of 24 hours.

The thin, gapped-tooth uninvited guest (sensitively played by Jirí Cerný) goes by the alias of a specific victim in the groom’s past. His wedding gift is an urn of said victim’s ashes.
“Honeymoon” investigates the natural pecking order where those perceived as weak are miserably at the mercy of the more hardy. As a matter of fact, at one point the groom (a perfectly nuanced performance by Stanislav Majer) stands above a chicken yard dolling out feed as the ultimate alpha controller.

Can controllers be benevolent? Can an alpha be faithful, compassionate, trustworthy, responsible and honest? Or is there an immutable circumstance inherent in the nature of those in power that leads to abuse?

The dichotomy between the newlyweds is exposed through the secrets they have not shared. It’s not that the groom was expelled from his exclusive boarding school and his bride had attempted suicide, but the reasons why.

The two main women in the film are portrayed as sensible and stable. While the bride (a great conflicted presence by Anna Geislerová) is pregnant, the other, with a baby, is disgusted and alienated by her alcoholic husband. Someone rasps, “Marriage is like being locked in a box.”

This beautifully crafted film is an investigation into the nature of relationships and power.
Why doesn’t society fight back? What makes Mr. Alpha so irresistible?

Do we all have a natural, primitive craving to for just little more power? Do we all have a little alpha within us we must keep under wraps? If we didn’t have an alpha to follow would we create one? And don’t nations, representing us, participate quite cleverly in this drama as well?

Hrebejk and Jarchovský’s work brings to mind William Golding’s “Lord of the Flies,” historical struggles against despots, “pre-emptive” incursions and conflicts based on exclusion.

The bride, her eyes pried open by the uninvited guest, confronts her alpha male. Is transformation possible?

The intermixing of human nature, experience and gender whisper a creatively skillful sequence of film frames, climaxing in a surprisingly revelatory ending.

Screened in Portland, Ore., at the Northwest Film Center on June 13 and in Seattle July 12 as part of a series on New Czech Cinema, this is a brutally honest study of human nature that asks some of the most important questions about our human experience. 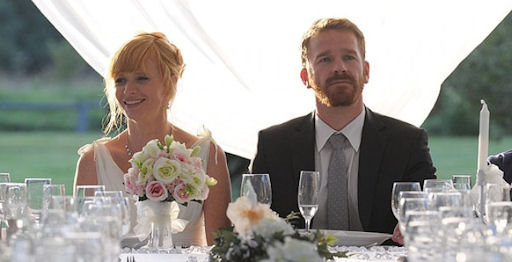