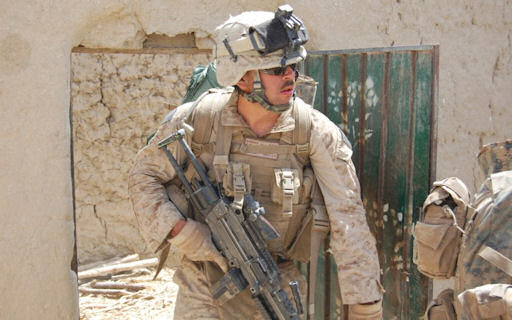 It is hard to say where this film fatally diverges from what appears to be its inspiration, “Restrepo,” but it might be that the narration is the first cut. The movie is a documentary of two US military teams pushing into one of Afghanistan’s most hostile valleys. The teams’ every move (OK, not really every move) is covered by embedded war journalists Mike Boettcher and his son Carlos. The teams engage a disciplined and formidably armed enemy on the enemy’s home ground. Boettcher is not just risking his own life, he is risking the life of his son. He is worried.

So should he be, but that worry does not add to the film. Just the opposite, the cameraman’s emotions conflict and muddy the waters of the central point of the film, which is Americans far away from home fighting an enemy that has all the advantages of home court on their side. Even worse, Boettcher, although a courageous and skilled camera operator, has no writing ability, no speaking ability and no acting ability. The film would have been better if he, or directors David Salzberg and Christian Tureaud, had simply deleted the narrative.

The setting for the film is extremely powerful, far beyond anything that the reporter can offer. The highly trained military units are going where no foreign military unit has gone before. As they uncover the first giant cache of rocket propelled grenades, mortar shells, explosives and ammunition, the strength of the enemy becomes staggeringly obvious.

Ninety percent of all US casualties in Afghanistan are caused by improvised explosive devices. The movie starts with great footage inside the claustrophobic cab of the Humvee. Although protected, the men inside have limited visibility and the attackers outside have all the visibility and freedom they need to plant bombs. A long plastic tube is suspended up in a tree. Lain in the branches it would make a workable barrel for an RPG triggered to rip into the turret of a passing Humvee. The locals say they know nothing about it. It just ended up in the tree.

When the IED hits the vehicle, none of the men are hurt, but six children playing by the road are killed. This is the trauma of war, the hell of it. The film features the US troops airlifting an injured boy to save his life. Good stuff, but the film would have been better off sticking to the action, or, alternatively, showing bad troop behavior as well as good. This becomes the main failing of the film; it appears redacted, a product of mixed agendas. It is too engineered to show the good things America is doing and thereby becomes too much propaganda and too little genuine action. It would have been a better production if the rhetoric was left out and the action was left to speak for itself.

There is an all-female helicopter crew that grabs five minutes of screen time. “We are just like the male crews,” they exclaim. Not exactly, the male crews did not get any screen time. A little bit of redaction here, a little bit of lame rhetoric there and a little bit of female recruiting make a doily, not a war movie. The sound track backs up this feeling with abstract percussion as would be used in some TV survivor series, or ill-produced news expose’. Better to let the background noise of the Humvees, and the bullets, make the sound track.

Speaking of that, when the bullets are heard they are very real and very scary. They make a buzz like a bee when they pass by and in this film they pass by closer than in almost any other documentary to date. These are the real thing, boys and girls. The buzz, zip and whump of impact are so real you will be checking yourself for injuries when the firefight starts.

The firefight is the climax of the film, American lives are lost. Apparently one group becomes separated from the other, main, group, and cannot be reinforced in time to stall a Taliban assault. A helicopter comes to take out the wounded, but it is hit by enemy fire and turned away. The men reporting hearing Taliban forces talking in the trees next to them. This is very scary stuff.

Because this event has been chosen to hold the center place in the film, it needs to be better described and documented for the viewing audience. Instead, it is described verbally in very fuzzy terms. There is no description of where the opposing forces came from, how the group became isolated and why the group could ne be reinforced. The capsule description of the movie indicated it was a one bay mission that stretched into nine days, but there is no evidence of that in the film footage. If it really was a nine day event, it is the responsibility of the film makers to bring that to the fore.

Yes, these are private matters and not open to public scrutiny for security reasons as well as out of respect for the deceased and their families. Nonetheless, one cannot make a sequence the center of a film, make it fuzzy at the same time and expect the audience to buy it. The film is the only one to be recognized and endorsed by the USO. Five Silver Star medals for bravery were awarded to soldiers who were a part of this battle. The question returns to haunt the audience; is this an action documentary or a recruiting / public relations movie? Check it out and you be the judge. 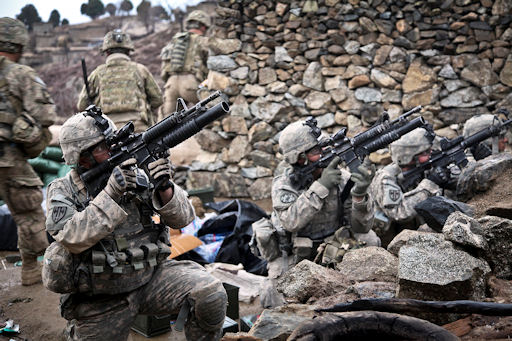