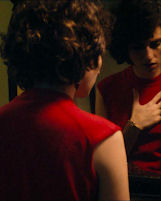 Born in Rio de Janeiro, Guida and Euridice grow up sharing their most intimate secrets. Through the brilliant direction of Karim Ainouz, we are part of that intimacy. There is no film in recent history that takes the viewer into the hearts of the characters as well. We feel their childish excitement at their dreams of fame, fortune and romance. Their first love is our first love.

Both Julia Stockler (playing Guida) and Carol Duarte (as Euridice) deserve Oscar nominations for their work in this movie. They share the screen time, offset by the perfect timing of the screenplay as each reaches the critical crossroads of her life. The men in the movie are perfectly acted but are stereotypes compared to the two leads. There are lovers and there is the stern, traditional father, all of whom enact societal enforcement of rules made by men but governing women’s’ lives.

Euridice is a prodigal pianist, describing her performing experience as more a matter of not being able to stop making music than having to work at it. Her sister Guida is headstrong and emotional, believing that love is everything and will find a way when all else fails. Dreams are fleeting, however, and reality intrudes in the form of the loving but marginally psychotic father, apparently obsessed with traditional female roles. Unknowingly, he works in concert with brainless male lovers to set a trap for the girls.

Based on the book by Martha Batalha, the film is unabashedly feminist. Even so, it would never be described as political propaganda as it focuses so perfectly on the emotions of the two sisters. The viewer understands it is not a film about bad men, but a story of human connection that is possible for us all. The two sisters could not be more different in their ambitions, their emotions and their outlook. In spite of those differences, their bond is one that stretches across physical death. It is an emotional attachment that everyone should hope for.

Despite the hardships the men force on the women, the sisters reunite in the end, if not in the way they had hoped. The tragedy of the father’s failure is so strongly portrayed it is enough to make any man think twice about his role as a leader in morality, when he may suffer from such limited and misguided emotional understanding as to barely be able to control himself.

Winning the “Un Certain Regard” at 2019 Cannes, director Ainouz could not have done it without the cast and crew. The cinematography by Helene Louvart is spectacular. She combines the perfect spiritual loneliness of the performing artist in Euridice with the outrageous physical energy of Guida using photography that flows off the screen like an oil painting. This is complemented by the music of Benedikt Schiefer, so perfectly woven into the soul of Euridice. One of the best films of the year. Do not miss it. 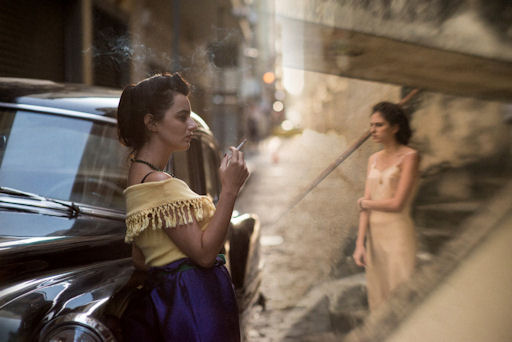