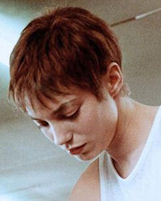 Anyone who saw the raw energy of Marlin Brando in “The Wild One” knew he was exactly that. Then came James Dean in “Rebel Without a Cause,” followed by his next (and last) two flicks in which he was even wilder. “Easy Rider” and “Five Easy Pieces” followed with the bad boy persona fully fledged.

None of them were as bad as Joe Dallesandro in this just-released 4k restoration of the 1976 “I Love You, I Don’t.” Of course, screen baddies had gotten progressively badder through the years. Quaffing a beer and revving a motorcycle engine was not going to cut it in the ’70s if one was to raise eyebrows, and director Serge Gainsbourg was going to raise eyebrows or die trying.

A filthy garbage truck travels on a desolate plain on a road that is so dirty that it is hardly visible through the dust and the plain is submerged in garbage. What could Gainsbourg do to get the idea across better? Yes, have the two gay garbage men roll in the trash. Then on to lunch in a hollowed out shell that looks like a building used for artillery practice with a giant stenciled sign on the side saying “SNACKS.” Could I get a cheap beer with that?

You bet, served without even having to ask. For the 1970 LGBT community, life was what they asked for and trash was what they got.

Managing to combine the eerie hell on earth from “High Plains Drifter” in a modern hamburger joint, the film pits Dallesandro’s Krassky (call me Krass) against his gay lover Padovan (Hugues Quester) and the perfectly androgynous barista Johnny (Jane Birkin). A love triangle bad enough to make wild one Brando look like a pirate escaped from Disneyland.

As it turns out, SNACKS serves impromptu strip tease as well as the worst burgers on earth. Operated by a grotesquely dressed and overweight owner whose very presence tells you that if you do not like it you can move to Russia, the cafe is not a place to live in, it is a place to escape from. Krassky is as gay as the day is long, but Johnny has got to give it a try.

Forgive Gérard Depardieu wandering through the sets on the white horse. The real high plains drifter? Or just another lost soul looking for life? Check out this tasteless, and timeless, work of weapons grade angst and judge for yourself. 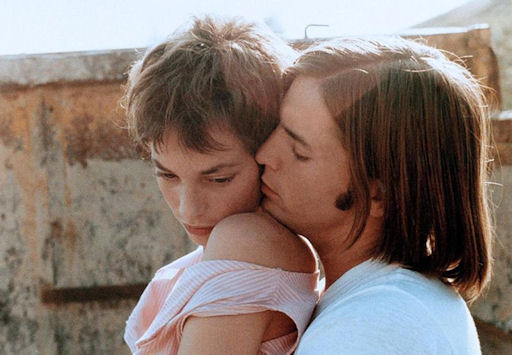