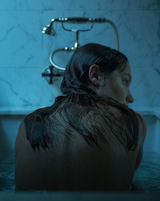 A life crisis finds its way to the screen along with a young cast and crew. Deep seated fears about growing up in the modern material world are made worse by wealth and privilege. There are temptations aplenty here, fame, fortune and exotic, if glossy, sex. The shots are luxuriant, dripping with the sparkle of showered greenbacks, a distraction for the characters as well as the viewers. The opening dabbles in soft core porn, setting the battleground, but coming off as an attempt to draw in viewers to an uncertain plot. It may be as hard to appreciate the woes of the apparent rich as it is for the victims to appreciate true love.

Blessedly simple in style with little soundtrack and straightforward takes, the five-day flashback perspective is attractive. It could have built to something terrific, a shocking surprise ending about a person terminally adrift in the material world. Instead, the presentation updates neo-realism with oddly placed millennial wealth. Does anybody here work? Perhaps that is the point, too many temptations for the entitled. If so, that does not cement any particular love for the victims of these misplaced values.

Marin (a dazzling Ana Girardot) is a French woman in New York City. Although apparently a successful model or advertising ingenue, a messy marriage is a struggle. Her ex, Mark (an upright Peter Mark Kendall) is a vaguely placed investment banker ensconced in the most expensive office in the city, a space so big he is lost in it. Perhaps the outrageously artificial surroundings are selected to emphasize how out of touch they, and we, really are. If there is any actual physical, mental, financial or otherwise productive work going on here, we do not see it.

Fair enough, this is not a movie about the physical world, but about alienation of emotions and communication in a world with too little of the former and too much of the latter. The film maker intersperses crises with text messages that might be symbols of failed techno-speak but come too near to being evidence of lazy screen writing. Better for the actors to stutter the words and keep the expensive cell phones out of the action.

If anything saves the movie, it is Jonathan Cake. A fearsome frame anchoring a craggy face, he plays a character with substantial dimension. Only partially apologetic for his mixed allegiance to the affair with Marin, he pulls off his role with as much honesty as can be expected.

If the movie had been made without the opulence it would have been better, but, then, little more than an average love triangle. The viewer will have to decide if the updating is worth it; if the mis-en-scene makes it better for viewers. For some, perhaps, for others, an excuse for a lack of dimension and, well, acting. More to come from this talented cast and crew. 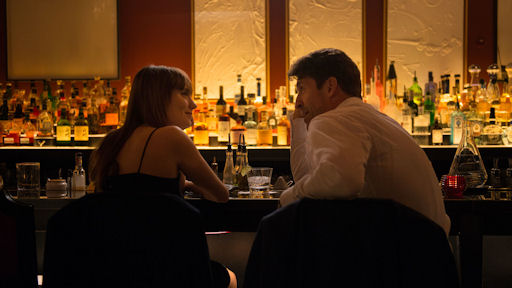