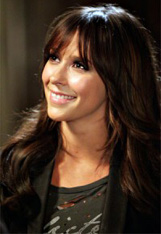 Based on the popular play of the same name (the longest-running off-Broadway comedy of all time) “Jewtopia” is a pratfall slugfest that swerves back and forth across all boundaries of taste and correctness and comes up smiling. Director Bryan Fogel’s debut feature, the film does not attempt to get heavy with the cinematic fineries, but rather marches out a non-stop sequence of every Jewish stereotype known to man, plus a few invented by Fogel and co-writer Sam Wolfson especially for this movie.

The film starts with the boyhood bonding of Adam Lipschitz (Joel David Moore, the Jew) and Christian O’Connell (Ivan Sergei, the Christian, what else?). There are some opening scenes about the difference between growing up in a Christian family dominated by a berserk military father (the funny kind, not the kind that beats the wife and kids) and a Jewish family making a bunch of money off what appears to be ersatz embroidery. Although Christian seems happy enough with his beer swilling dad, Adam shows early signs of discomfort with his Jewish heritage.

The theme of the film (as in the play) is “Marry a Jewish woman and you will never have to make another decision in your life.” Apparently Adam is not completely comfortable with this situation and it is at this early point in the film that real “manhood” bears its ugly head. There is a strong confident man fighting to break out of the claustrophobic comfort of the familial ties that bind. Take note of this, because it is the only rational thread of a storyline in the film. Adam is looking to define himself as something other than an object of his religion. The rest is funny, if hollow, one-liners. OK, in some cases, very funny, hollow one-liners.

Christian meets a Jewish woman in college and is enthralled. It is not unbelievable that he would be enthralled, since this woman is stunningly beautiful in any language, race or religion. Christian is traumatized when she leaves him because of his religion and vows he will have a Jewish soul mate no matter what he has to do. What he has to do, of course, is lie. And lie he does. And, boy, are we glad he did.

He lies to Alison (Jennifer Love Hewitt) telling her is a Jewish surgeon when, in fact, he is a goy drain cleaner. This is a substantial lie, and one that might be hard to pull off in the real world. Be reminded this film is not the real world. It is a romantic comedy built on a firm foundation of the most fallacious fantasies ever imagined by man or woman. So, the subterfuge continues on, spiraling out of control and spinning off flaming fireballs of cutesy mugging, throw away jokes, sexual gross-outs, human waste gross-outs and completely unfair and prejudicial stereotypes about everybody including the local dog catcher. 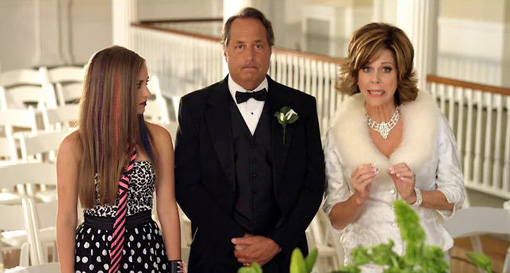 Yes, to remind once again, you have to be in the mood. If you are, it is funny. If you are looking for meaning, go read the Bible, or the Torah, or something. Or watch a film with deeper social commentary and more thoughtful political insight, like “Animal House.”

Just when the simplistic main plot is flagging, the movie tacks by bringing Alison’s mom into the story. Marcy (Wendie Malick) does a passible job of channeling Anne Bancroft, Mrs. Robinson in the Mike Nichols classic, as a whacko Jewish mother. Having blown it with Alison through his poor (nonexistent) command of Jewish culture, Christian is advised that winning over her mom is the key to success. This provides a minor undercurrent of sexual tension as the beautiful, sexy and man-eating mom is superficially seduced by the (pretty sexy himself) Christian.

In the end, in spite of winning over both mother and daughter, the truth comes out, threatening all that Christian has worked for (and all that we, the audience, have devoted 90 minutes of our lives for). Meanwhile, his childhood buddy Adam is having a nervous breakdown realizing that he has found his true love, as well, and the woman is not exactly what his Jewish mother had in mind.

It is interesting to note that it is the women who do most of the heavy lifting in this film, as it seems they are the ones obsessed with religious stereotypes. Guys come off as, more or less, reproductive organs with primal brains who are incapable of thinking of much beyond that next football game and that next beer. So, not only does the film get to step on political/social/religious taboos, but taboos of sexual stereotyping are fair game, as well.

All is fair in love, war and romantic comedy.

“Jewtopia” is now playing at select theaters (click HERE for locations) and on Video on Demand, including Amazon