Working out an interpretation of Blaise Pascal’s theme on happiness, filmmaker Jérome Bonnell gives us 24 hours, beginning and ending with a ride on a train. Gabriel Byrne is perfectly cast as the interesting older man. Coming in from England to Paris for the funeral of an old flame, he is alone, somber, reflective and vulnerable. Though he’s married, his wife has reasonably decided to skip this trip. 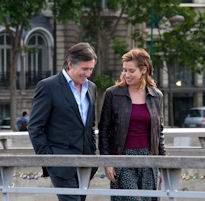 At some point, he notices that Alix (played by the enchantingly girlish Emmanuelle Devos) is looking at him. A symphony plays angelic holy music and the game is on.

Pascal has written that all humans seek happiness, even if in their misguided thoughts the desire for it leads them to self-destruction. Doug and Alix are both in committed relationships with other people. Yet they are drawn to each other as moths to a flame.

Oliver: I’m thinking of Pascal. He says happiness can’t exist in the present.
Alix: Meaning?
O: You either recall happiness or long for it. Never in the present. Unless you are an animal or stupid.
A: Sort of depressing, isn’t it?
O: But Pascal says so.

First of all, Pascal, enlightened after a near fatal accident, actually wrote about happiness in terms of a religious experience, believing that happiness was only attainable through fulfillment “by an infinite and immutable object, that is to say, only by God Himself.” So Oliver doesn’t exactly have it right.

But what is auspicious is that despite all the idyllic magnetism with Doug, when she returns to him Alix divulges what she has told no other. She bares her body and herself. Doug is left to sort this out. What does he really want?

An eerie thread that I would have been already wondering, if I had been Doug, is if the past away girlfriend of long ago was inhabiting Alix, however briefly, allowing him to experience that love once again and making a new try at connection.

Whatever the case, Pascal’s most famous quote helps explains this superbly intelligent film by Jérôme Bonnell best: “The heart has its reasons which reason knows not.” 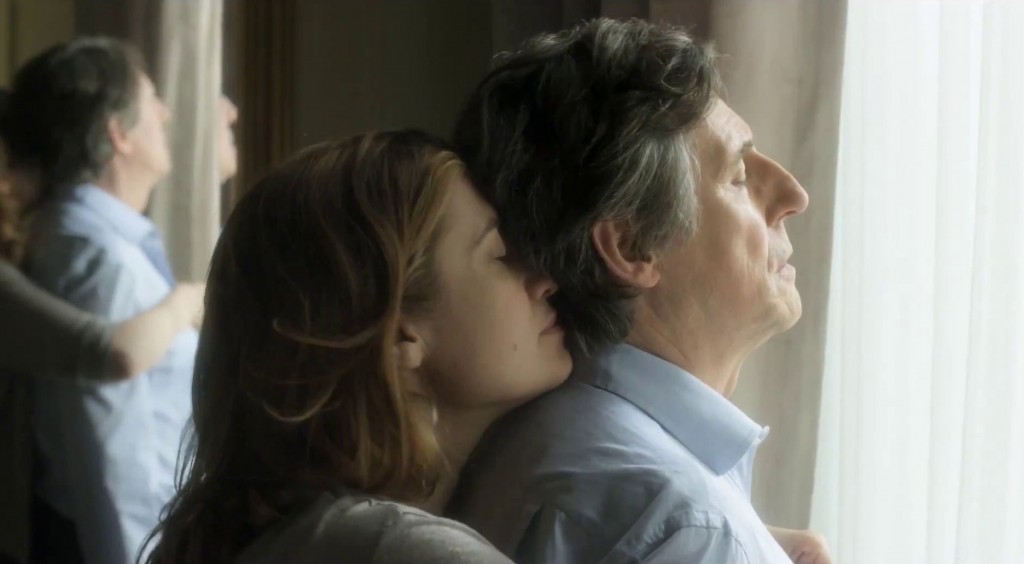 “Just a Sigh” is being featured at
The 37th Annual Portland Film Festival
in Portland Oregon on Feb. 15, 2014.