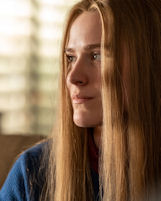 Three down-on-their luck locals shuffle through what may be the seediest neighborhood in Los Angeles. The dust, trash and heat have sucked the life out of everything in sight, desiccating the forlorn trio into little more than ragged floppy clothes that turn them into depression dust bowl scarecrows. They sneak past creditors to turn a trick that may make them a hundred bucks and turns out to make them nothing. They need that next big score. The stakes are high. The stage is set.

Maybe too much reality is a bad thing. What happens next is good in that people are at least as happy as they were before and probably happier. What happens next is bad in that it was made into a movie. Did I pay to see this? Richard Jenkins as a grifter, what a perfect setup. He has a cringing, apologetic onscreen demeanor already, as if he is automatically apologizing. His transition to an unsuccessful con artist who barely knows he is starving to death is perfect.

An unruly movie from start to finish, the fist tip is when the suds mysteriously overflow through the wall of the family’s make-shift living space. No apologies needed for the “Parasite” rip-off. It fits perfectly, prepping us for the slow unfolding of a con-game with unintended consequences. After the initial thrill of Jenkins, the suds and the marvelously trashy LA set, the thrill levels off and then it is all down hill.

Not that Evan Rachel Wood does not try. The heavy lifting falls on her as a character who mumbles her lines, moves (and dresses) like a drugged skateboarder and has been gently traumatized into a state of clinical vacuity. As Richard Jenkins’ and Debra Winger’s daughter Old Dolio (yes, that is right) she and writer/director Miranda July jointly bit off more than they could chew. She looks passive and stays passive until the climatic ending at which point we are beyond caring.

After three Oscar nominations, Debra Winger should have known better. There is nothing in this screenplay for her. Jenkins’ weary wife and lifetime co-conspirator, it could have been a thrill to see them as a petty thief husband-wife team, perhaps with a foil giving them a comeuppance. As noted before, Jenkins can do a wonderful backing up and talking trash routine. Winger could have been a part of that rather than the shuffling, shapeless, wordless wraith of wind-blown California dreams slowly ground into fast-food container crumbs on the wide, deserted streets of the L.A. slums.

Congratulations for the realism aside, the viewer is faced with the tedious task of waiting for something to happen that almost never does. When it does, it comes across as so foreign to the flow up until that point that is seems like an advertisement for something, an attempt to wring some good out of a clever flim-flam story that lost interest in that line and chose to grind a political ax instead.

Earthquake tremors punctuate moments of crisis as well as moments of change, mostly barely acknowledged by the surrounding characters. Realistic, yes, but it will take more than that to shake up this viewing audience. 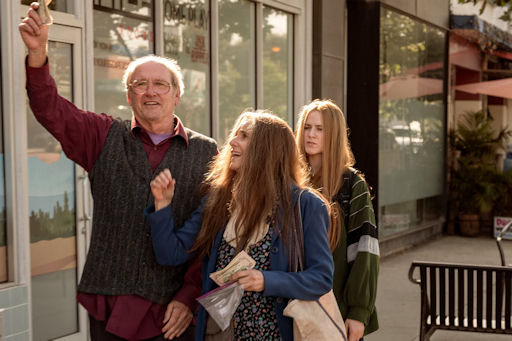