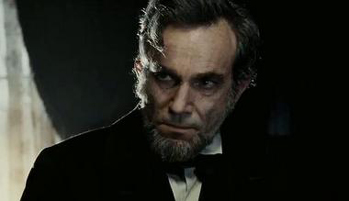 It is apparent by the number of films being made about the man that the legend and the lore of our 16th president, Abraham Lincoln, is as strong and powerful as ever.

We have already seen the man fight the undead in the ridiculous but fun “Abraham Lincoln: Vampire Hunter,” and now the incomparable Steven Spielberg is taking a much more historic and enlightening approach to how he is portraying a great man of history.

There aren’t many men who have made as a powerful impact on the United States of America or the world as Abraham Lincoln did. Not only was he a great president, but during his presidential term he accomplished the ‘Emancipation Proclamation” and also put the 13th Amendment into effect. The latter is the subject surrounding Spielberg’s “Lincoln.”

Based on Doris Kearns Goodwin’s biography of Lincoln called “Team of Rivals: The Political Genius of Abraham Lincoln,” the film chooses to focus on just the last four months of Lincoln’s life, where he was facing a terrible war with major casualties and ramifications, all which could cripple the country. Still, he pressed forward to persevere until his ideals on equality of all mankind were shared and regarded as law.

This is just a small fragment as to why the name Lincoln is still on the lips of men, women and children to this day, and the Academy Award-winning actor Daniel Day-Lewis turns out to be the perfect man to bring him to life. Under the tutelage of one of the greatest directors of all time, “Lincoln” is not only a powerful and moving story, it is a history lesson and glimpse into the past that will hopefully keep us from repeating our mistakes for a much brighter future.

Set in 1865, near the start of his second term in ffice and in the midst of the fourth bloody year of the Civil War, president Abraham Lincoln (Daniel Day-Lewis) fights to abolish slavery by putting forth an amendment in the House of Representatives — while being fought all the way by the Democratic party and their allies in the Republican party. Beside him are his loving, but mentally troubled, wife Mary Todd Lincoln (Sally Field) and his two sons, Tad (Gulliver McGrath) and his older brother Robert (Joseph Gordon-Levitt), who is desperate to be a part of the battles while his father does everything in his power to keep him out of harm’s way.

With only a small window of opportunity to pass the 13th amendment, Lincoln must unite the interest of radicals and conservatives in his own party as well as swaying some Democrats if he has any chance of succeeding. Needing a two-thirds majority vote to send the amendment from the House of Representatives out to the states for ratification, Lincoln is not above using promises and corrupt means to buy votes from unwilling parties or by promising members of Congress job placement in patronage positions when their current terms expire. With back-room deals, horse-trading promises, spirited debates and many shady dealings through amoral lobbyists, the fight is on to secure the reformation of this country, how human beings will be seen and treated and the ending of the horrific and gruesome war.

There are two performances that stand-out and shout “Oscar Nomination” to me: Daniel Day-Lewis in the enchanting and phenomenal performance as Abraham Lincoln; and Tommy Lee Jones as Thaddeus Stevens, a loud-mouthed and aggressively boisterous Republican Congressional leader.

Day-Lewis has once again completely transformed for a role and any semblance of the actor is lost behind the brilliant make-up work and the way he talks, carries himself and delivers his lines. During every word he speaks, you listen and the added bonus of the small quirks included in the character made him relatable and more than a piece of history brought to life. Lincoln loved to make points by telling stories and quoting Shakespearean anecdotes, even to the eye-rolling exasperation of some of his fellow politicians. His reserved persona is rarely broken, but when the need arises he is fully capable of raising his voice in rage to drive his point home.

Jones was one of the bigger surprises for me as he starts off as the grizzly old man in a powdered wig that you come to expect, but his own indifference to policy and the manners expected of him were outstanding and to see him time and again calling fellow congressman out and mud-slinging in open court was fantastic and brought a sense of humor to the more serious tone of the film.

There are far too many exceptional actors and performances in the film to name them all, since nearly every role — even many one liners — were surprise appearances from a group of top-notch actors. While some were more substantial and others mere cameos, they wove the thread and credibility that made this period piece believable in every way. David Strathairn was excellent as a right-hand man, confidante and friend to the president during some of the most distressing moments of the film. A few of the other actors who added to the political gauntlet ran throughout the film were: James Spader, Hal Holbrook, John Hawkes, Jackie Earle Haley, Tim Blake Nelson, Joseph Cross, Jared Harris, Lee Pace and Lukas Haas.

The film is a subtle, multi-shaded look at the way the nation was once run. Lending to the realism was the lack of over-the-top theatricality or mannerisms by any of the cast; they were people, dealing with a crisis during a harsh time in history.

Director Steven Spielberg has crafted a beautiful and poignant film which shows such a rich look at a historic time and period of events, but it doesn’t seem to have the general appeal to all ages like a majority of his past movies have. I see “Lincoln” as a wonderful and compelling two and a half hour epic movie for most adults and history buffs to enjoy. Those outside this demographic might find the hours of talking and political posturing to be a bit dull, but if you allow yourself to be bathed in the dialogue and emotions of these events you will enjoy the film.

My advice is let go all of your pre-conceived notions of how you think Abraham Lincoln sounded or acted, and just be enamored by the award-worthy performance given by Daniel Day-Lewis and the massive cast of veteran actors.

I found “Lincoln” to be engrossing and a great movie, especially since its being released during a very political time of the year. There is a scene of the battles taking place, but besides that singular part of the film, the rest is all about the power of the tongue, not of the musket or bayonet. So if you want to see the movie know that is a very dialogue heavy movie and be prepared for that. If you know what you are in store for, you can enjoy it more. Expect to see “Lincoln” up for a multitude of nominations in this upcoming award season.

“Lincoln” goes into wide release on Nov. 16. It is rated PG-13 for an intense sequence of war violence, images of carnage, and brief strong language. You can see the movie’s trailer HERE.