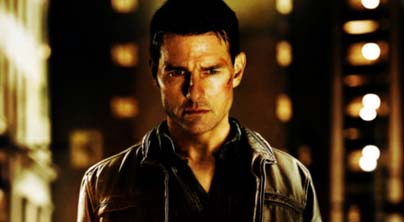 With the release date nearing for “Jack Reacher,” Paramount Pictures has released two new TV spots for the movie.

There isn’t much the the way of new footage in each of the spots, but we do get to see Jack Reacher (Tom Cruise) telling Helen Rodin (Rosamund Pike) that he has a promise to keep, while his willingness to come out of hiding can only mean one thing: he means business and whoever he is after deserves it and is in for some trouble.

The second clip shows us some humor to break the tension and seriousness. Cruise delivers the lines with such a somber expression that it makes things that much more hilarious.

“Jack Reacher” was directed by Christopher McQuarrie. In addition to Cruise and Pike, the film stars David Oyelowo, Richard Jenkins, Alexia Fast, Robert Duvall, Jai Courtney, and Werner Herzog. It is due out in theaters on Dec. 21, 2012, and you can see the trailer HERE.