The Last Stand: 2 Trailers and 5 Posters 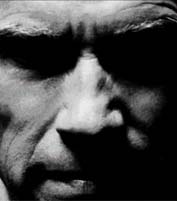 Arnold Schwarzenegger is back! Sure, we saw him in “Expendables 2,” but “The Last Stand” is his movie and he is the Sheriff.

I have been following the development of this film. Word on the street is that it features great car chases and some epic shootouts.

Here is a plot description I found online:

Sheriff Owens is a man who has resigned himself to a life of fighting what little crime takes place in sleepy border town Sommerton Junction after leaving his LAPD post following a bungled operation that left him wracked with failure and defeat after his partner was crippled. After a spectacular escape from an FBI prisoner convoy, the most notorious, wanted drug kingpin in the hemisphere is hurtling toward the border at 200 mph in a specially outfitted car with a hostage and a fierce army of gang members. He is headed, it turns out, straight for Summerton Junction, where the whole of U.S. law enforcement will have their last opportunity to make a stand and intercept him before he slips across the border forever. At first reluctant to become involved, and then counted out because of the perceived ineptitude of his small town force, Owens ultimately accepts responsibility for the face off.

Check out the film’s trailers — starting with the first trailer released and followed by the even better feature trailer.

This first poster shows Arnold off in all his glory: 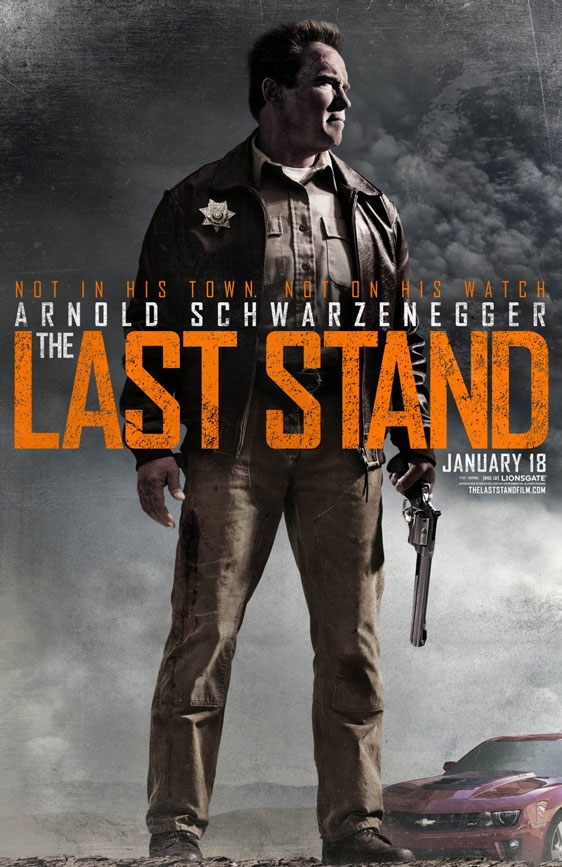 These next two posters are very cool ones in that both are drawn: 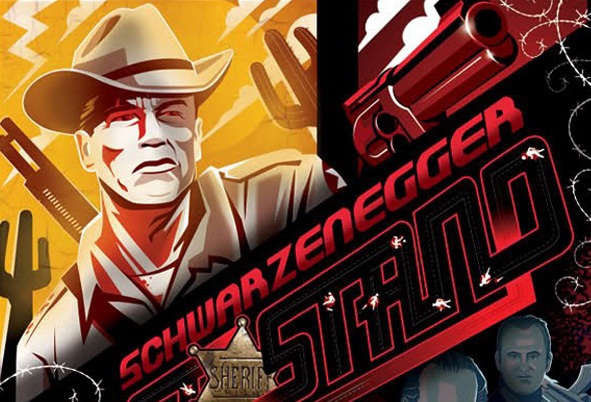 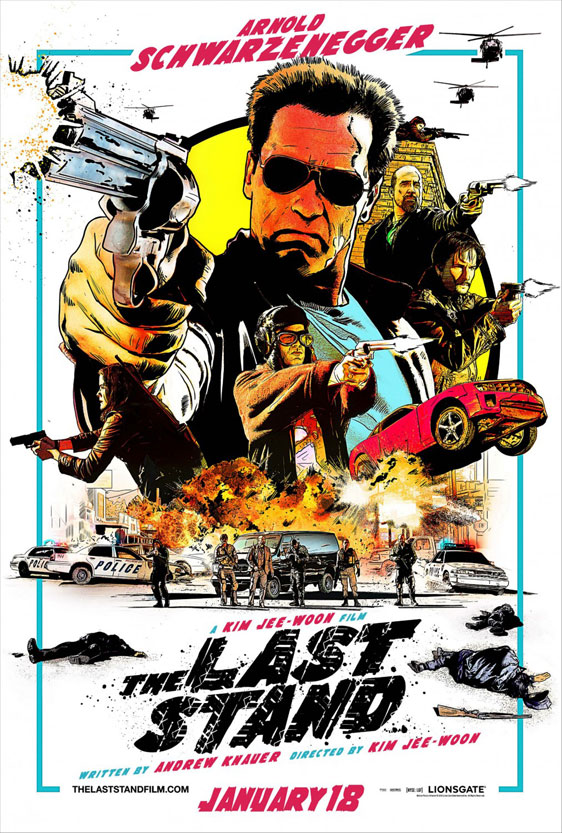 Next up is a poster that features the main cast:

And below we have the final poster before the film is released and it’s a great one, too. I can’t wait to see it hanging at my theater’s wall, on display, as it should be. The poster only has two characters from the movie — Arnold’s character, Ray Owens, and Johnny Knoxville’s Lewis Dinkum. They seem to be looking into the distance, waiting for something big coming, but Arnold is ready for whatever it is. He is ready to make his stand, with his sunglasses and gun, and that’s why this is a great poster. 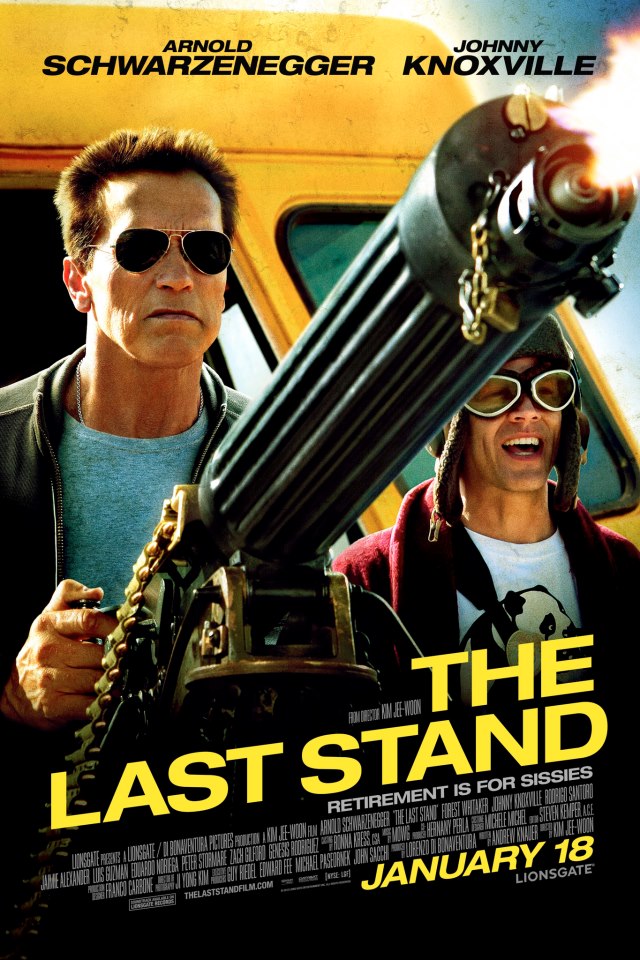 The movie, which also stars Rodrigo Santoro, Forest Whitaker and Jaimie Alexander, is being directed by Jee-woon Kim.