The official Russian entry for the 85th Academy Award competition for best foreign language film is not quite what you’d expect – yet then again, in the country producing Dostoevsky’s anguished “Crime and Punishment,” Chekov’s depressing “Ward Number 6” (by same director), and Negin’s bleak “Elena,” maybe anything lighter would be a shock.

“White Tiger” takes place mostly in the mud and fire of the Russian front in the summer of 1943 with a soundtrack featuring the music of Richard Wagner. Repeatedly, a grand German tank mysteriously appears, wipes out the Russian opposition, and retreats without a trace. Like Moby Dick, it becomes a formidable foe taking on mystical qualities challenging men to greater obsession. Russian intelligence learns that it has a 700 horse power engine with an impenetrable shield. Because of its light color, stealthy attacks and seemingly invincible agility it is called White Tiger.

Based on the novel by Ilya Boyashov, “The Tank Crewman,” this Oscar hopeful is as battle-scarred and as male-driven as a film can get.

At the outset we are introduced to our protagonist, Ivan Ivanovich Naidyonov. He is found in a tank burned to a crisp over 90 percent of his body. Miraculously, despite sepsis, he survives though he has lost his memory. After his ordeal he finds he can communicate with tanks and the tank god. It is this uncanny strangeness that gains him a promotion as tank crew leader on a muddy mission to search for and destroy the mysterious White Tiger.

This film isn’t your normal escape entertainment flick. This feature probes the nature of life and war and presumes to hypothesize that life is its own war and is typified by a struggle that may never be overcome, though we are obsessed with the attempt.

I’m not predicting that “White Tiger” will win an Oscar, but like last year’s depressingly upsetting Belgium entry, “Bull Head,” maybe the excellence of the acting, editing, set design, direction and thematic focus will earn it serious consideration. 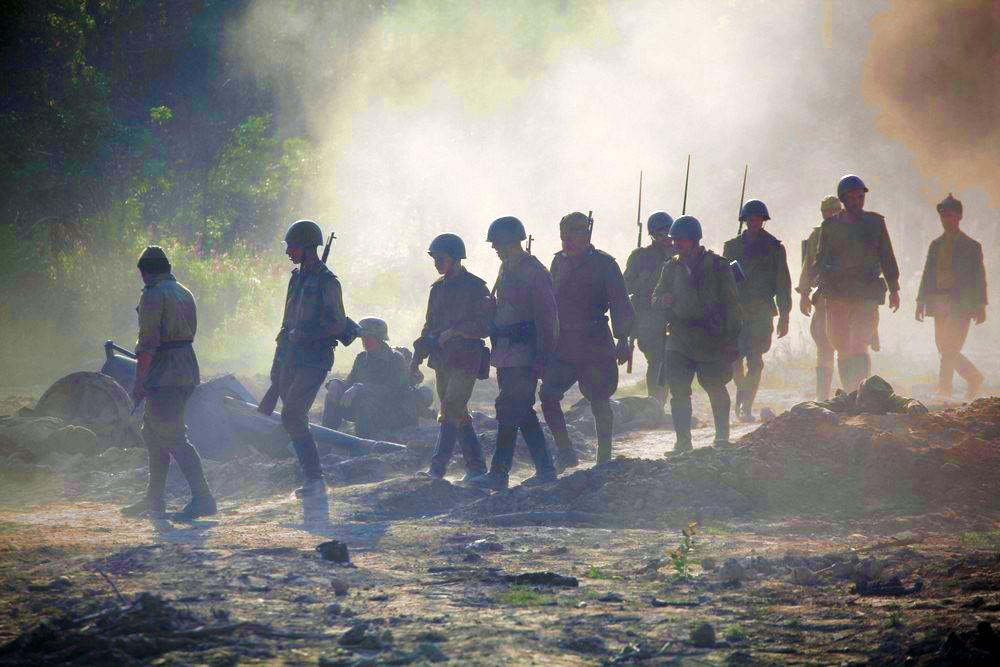