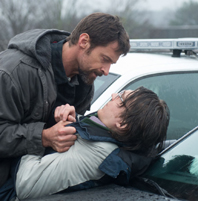 Two families are distraught and in disarray when their young daughters go missing after a wonderful Thanksgiving dinner together. Anna, the 6-year-old daughter of Keller Dover (Hugh Jackman) and Grace (Maria Bello), is missing along with Joy, the 7-year-old daughter of Franklin (Terrence Howard) and Nancy Birch (Viola Davis). The only clue to their disappearance is an old RV that was parked down the street that the girls were playing by earlier.

Detective Loki (Jake Gyllenhaal) is the first to respond when the RV is found and he arrests a very quiet and seemingly scared young man, Alex Jones (Paul Dano). After no evidence is found in the RV, it is also learned that Alex barely registers at a 10-year-old’s mentality, so they release him after 48 hours because no charges were filed.

This is not OK for a frantic Keller, who thinks that Alex is guilty, so he goes and starts to take matters into his own hands. As the police struggle to find any solid leads, the clock is ticking and it becomes less and less likely the girls will be found alive. How far are these parents willing to go to find their children and will they be able to live with the consequences once it’s over?

“Prisoner” starts with a somewhat generic premise, but it blows away all expectations and delivers some of the most intense and powerful moments of suspense I have seen in a long time. Hot off his Oscar-nominated role in “Les Misérables,” Hugh Jackman is back with an even more dramatic and intense award-worthy performance. Equally impressive is Jake Gyllenhaal, who completely inhabits his role as a detective looking for answers. He is trying to do the best he can while the pressure is looming over him from his boss, the parents and the media surrounding the case. Paul Dano is so small in this performance but the impact is huge. This is one of the quietest roles I have ever seen him in, but he sure says a lot through the intensity in his eyes.

Both Viola Davis and Maria Bello give good performances, but are usually seen as grieving mothers while the fathers are in the thick of the drama. Although his role was more subtle than Jackman’s, Terrence Howard provided a moral compass and a voice of reason whenever things were getting crazy. He is the more timid of the fathers and has a hard time executing some of the more extreme actions Jackman’s Keller asks him to do. Melissa Leo is well cast as Alex Jones’ old aunt who adopted him after his parents died, and gives quite a performance as well. 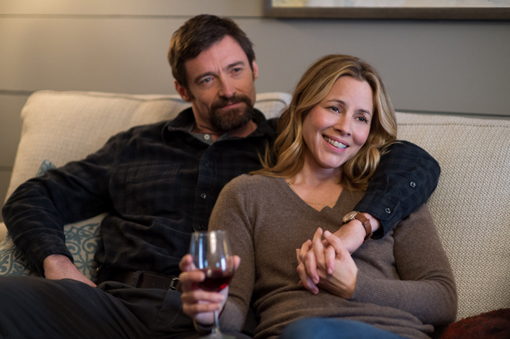 “Prisoners” is one of the most intense films I have ever seen in a theater, and even with its two and a half hour running time, you are kept on the edge of your seat for every moment. The script, penned by Aaron Guzikowski (“Contraband”), is sharp and the movie looks fantastic as filmed by the amazing cinematographer Roger Deakins (“True Grit,” “O Brother, Where Art Thou?”) and directed by Denis Villeneuve (“Incendies”). It is a real treat when a film comes together so well. The filmmakers were able to create a film of such power and intensity that never lapses into overboard territory and was riveting, exciting, joyful, heart-breaking and once again extremely intense.

“Prisoners” takes its time with shots to build tension, with great editing that helps to make the film feel more real and therefore get you more invested in these characters, as if you’re watching real people. I would go as far as to say it’s a maze of emotional distress – the movie is stressful to watch physically and emotionally.

I am still nearly half a day after seeing the film, and I am thinking about the movie and trying to see what else I can unravel and uncover. The film takes twists and turns and gets you to believe you know what’s going on and then it takes another turn. I cannot remember a film that had me in that much suspense, and I wasn’t the only one. I literally saw people leaning forward and holding their breath and gripping their chairs during some of the more extreme scenes.

“Prisoners” is one of the very best films of the year with some of the most powerful performances I have seen in a very long time, while remaining smart, engaging and captivating on multiple levels. This film is destined for award nominations and I wouldn’t be shocked to see Hugh Jackman’s name on the top of any Oscar contenders lists.

The film is filled with questions about moral dilemmas and the lengths one might go for their family, and the audience is left with some of those questions dwelling in your own mind long after the credits roll. This movie might be too graphic for the easily squeamish of those who can’t take the suspenseful build up that grabs hold of you and doesn’t let go for the entire movie. 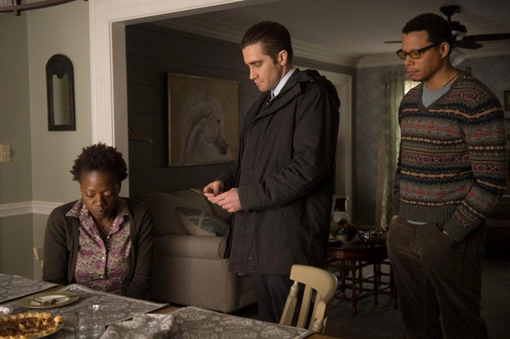