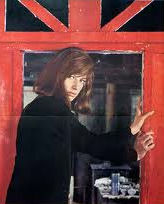 Forget about the name of this film. Maybe it refers to communism, global warming, anomie or the red-headed lead character, Giuliana. Michelangelo Antonioni, a classic art film director with ambitions nearly as great as his first name, once said he just gave it a random title in order to omit as much editorializing as possible. He wanted the audience to make sense of the film for themselves.

Talk about a prescient forerunner to Al Gore’s “Inconvenient Truth,” this 1964 film captures all the fears of an industrialized economy. Antonioni has streets, housing, and vegetation spray-painted in mucky gray. Cesspools of chemical waste foam and factory garbage lies strewn in smoking ashen dumps.

The only red is the paint on the walls surrounding a bed and the red hair of Giuliana (Monica Vitti) who is panicked about her inability to feel connected to anything.

“Red Desert” was written by Antonioni and Tonino Guerra as a reflection of the effects of industrialization. Antonioni, who died in 2007, has remarked that he embraced industrialization as progress and the glorious human achievements that stemmed from it. As a matter of fact, there are moments when his camera frames what seem to be works of art, until there is a fade-out and you see that the gray mottled designs are actually crisping paint fraying off huge containment walls presumably from the surrounding toxic fumes.

It is in these scenes that Antonioni may be noting that there are challenges inherent in industrial change that create monolithic problems. It’s the double nature of progress that the portentous film documents, similar to current work seen in James Benning’s “Ruhr” where the mechanized energy of industry is juxtaposed to the stillness of nature and the busy purpose of humankind.

In his monochrome setting, a beautiful red-haired woman shows up dressed in a green coat. She appears first with her son, dressed in light yellow. Her bland, seemingly unaffected husband explains that she was in an auto accident and now has an anxiety disorder. The secret she keeps form him is that she also can no longer love.

Set against toxic factories, sludge pits and a polluted river where neither fish nor birds still live, it seems like Giuliana is representative of a society out of adjustment with the progress it has created. Her mental distress is an obvious case of environmental poisoning, medically and metaphorically, and we’re not sure it can be fixed.

Giuliana has red hair and may embody a desert of sorts in that she is out-of-touch emotionally and feels isolated, separate from society and all people. It’s up to the audience to make sense of her. Ironically, in the sense that Antonioni went so far to obscure any artistic explanation with a random title, if you procure the DVD there is a commentary that you may option that gives a running analysis.

“Red Desert” is playing this week at the Northwest Film Center as part of its retrospective on classic Italian films. 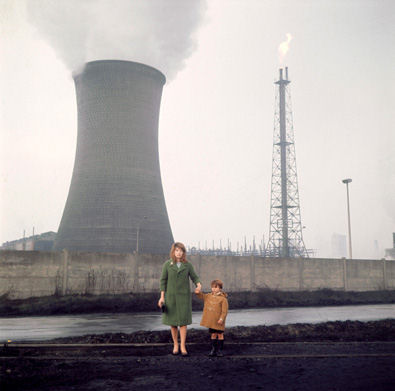