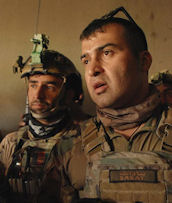 Here we are, riding along with the Afghan general, Sami Sadat, being notified we are the target of a suicide bomber – right now! The car is driving wildly in and out of a protective caravan – the only defense maneuver possible. At other times, we are right in the midst of gunfire. At still other moments, we are standing in a sewage trench at the Kabul Airport pressed by thousands of desperate people wanting to leave by US transport.

But all that happens later. “Retrograde” begins with Matthew Heineman and his two-man crew filming a team of 12 US Army Green Berets who advise and assist a unit of 15,000 Afghan National Army soldiers led by Gen Sami Sadat.

Heineman’s camera crew take us to a simple medical unit descriptively called the Hospital of Misery. There are six emergency cases that need to be immediately airlifted to a more sophisticated medical facility. However, the US helicopter is only tasked to transfer four. It’s the Afghan general, Sami Sadat, who wheedles permission for the two extra men.

When the camera turns to focus on sophisticated computer-generated warfare, I understand one major problem in preparing Afghans soldiers. America uses computer-controlled drones. This kind of sophisticated equipment and training is the strategic baliwick of the US troops. “Any hasty American withdrawal would be disastrous” we hear an Afghan intone. He knows this kind of equipment is not anything that will be left for the Afghan Forces to employ.

It took some years for Heineman to get permission to embed with the Green Berets. But only two months after he arrived the US troops were pulled out. It was at that point, knowing they didn’t have enough footage for a story, that Heineman pivoted to General Sadat and got permission to embed with his Afghan force. This decision brings us an entirely new, revelatory perspective on the American withdrawal and why the Afghan Army was doomed.

Retrograde either means the complete withdrawal from a war zone or something going from better to worse. You decide. Everything American-made that is not air-lifted out is destroyed by troop-made fires and explosions. Soldiers were ordered to complete the destruction and the Afghan troops were left to fend for themselves.

Heineman’s film takes off into new territory once he and his crew enter the world of General Sami Sadat and his march to bring security to Kabul. Without US direction, supplies or protection, the American cameras enter the storm and end up with a fabulous film without commentary or asides. At one point Sadat shouts, after their ammunition hasn’t arrived, “Be creative!”

Sadat has no vehicles or airplanes to protect his ground forces. He doubts that food will be found by tomorrow, but still he plans to travel to the front line to encourage his despairing troops.

In the top 15 nominations for an Academy Award for Best Documentary, this is dramatic film-making at its very best. 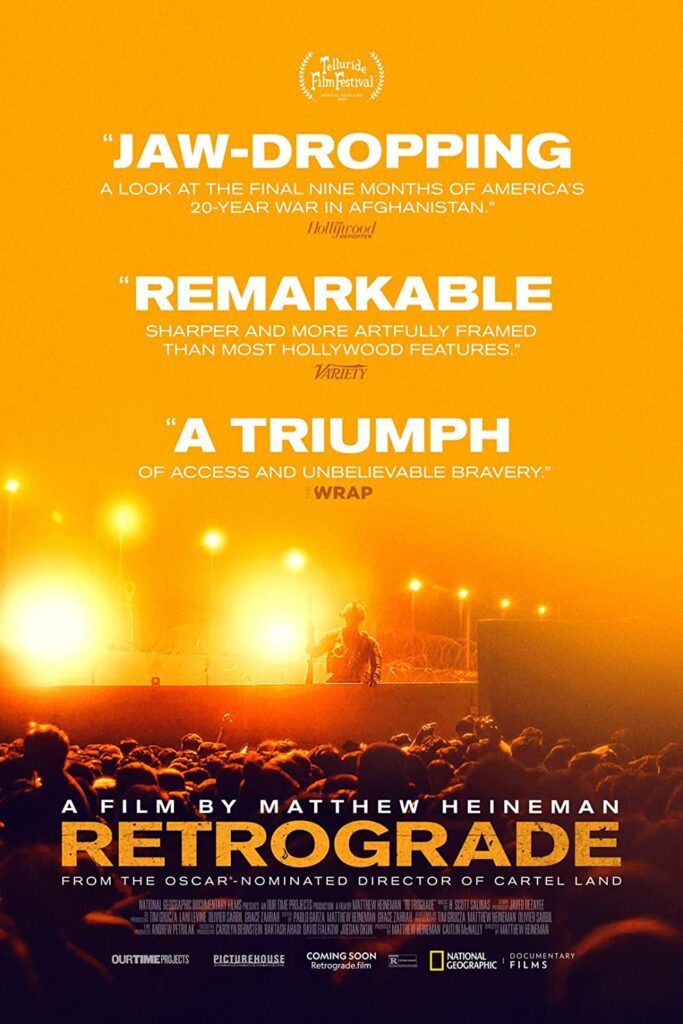