Review: The Banshees of Inisherin 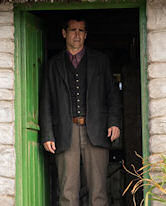 Definition: Banshee – a female spirit in Irish folklore who heralds the death of a family member, usually by screaming, wailing, shrieking, or keening.

Writer/director Michael McDonagh (“Seven Psychopaths”) has teamed up with Brendan Gleeson (“The Comey Rule”) and Colin Farrell (“The Lobster”) again – previously in 2008’s “In Bruges” – to give us a thoughtful, disturbing view of a small Irish island community at the end of the Irish Civil War in 1923.

Padraic (Farrell) and Colm (Gleeson) have been friends for a long time. They have a ritual of meeting at the local pub each afternoon at 2 pm and presumably chatting and drinking until closing time. But one day, Colm, who is older and feeling his life slipping away without any great accomplishments to mark his having lived, announces to Padraic that he’s done with him. They are no longer friends and he forbids Padraic to ever speak to him again.

As you might expect, this is a life altering, totally unexpected blow for Padraic. He cannot understand it, nor can he accept it. The result is a self-destructive ultimatum issued by Colm, to be carried out upon himself if Padraic continues to bother him.

We also witness Padraic’s home life. Unmarried, he lives with his sister Siobhan (Kerry Condon – “Better Call Saul”), who appears to do much of the work on their small farm and who has more sense than anyone on Inisherin. She longs for a life outside the simplistic confines of the island, and makes plans to go to mainland Ireland.

The quarrel between Colm and Padraic, desperate to the former and desperately confusing to the latter, continues to escalate with disastrous results. In a way, it mirrors the civil war on the mainland – a battle to the death between sides that should work together, but cannot.

For all that, McDonagh gives us this quiet, gentle look at a bygone insular life such as most of us will never know. A small town or island offers the comfort of familiarity and expectation, but is also the stifling prison where “everyone knows you,” secrets are few and far between, and not fitting the standard of the community brings censure.

The cinematography by Ben Davis gives us the austere beauty of the island, the surrounding sea, and the not far distant mainland.

Much of the action revolves around music – Colm is a composer of Irish fiddle music – and Carter Burwell provides us with a luscious score. Some of the lightest moments take place in the pub when the fiddlers are sawing away.

There are some secondary issues at work here: When Padraic is rejected by Colm, he becomes friendlier with a young, mentally challenged man named Dominic (Barry Koeghan – “Dunkirk”), who is the son of the local constable (Gary Lydon – “Lakelands”) and has a bumbling crush on Siobhan. Even he deserts Padraic after the man plays a particularly cruel joke in an attempt to win back Colm’s friendship.

And there is Mrs. McCormack (Sheila Flitton – “The Northman”). She plays a classic Irish widow with her black shawl and clothes, tightly clenched pipe, and ominous walking stick. She is a seer, and what she sees is not good.

Every actor in this production did a fine job, but the pair of Gleeson and Farrell were outstanding, both alive with the anguish of the situation they found themselves in.

This is a difficult movie in some ways, but for those who can get past the mutilation at its core, it is a wonderful glimpse into a different, but very human, world. 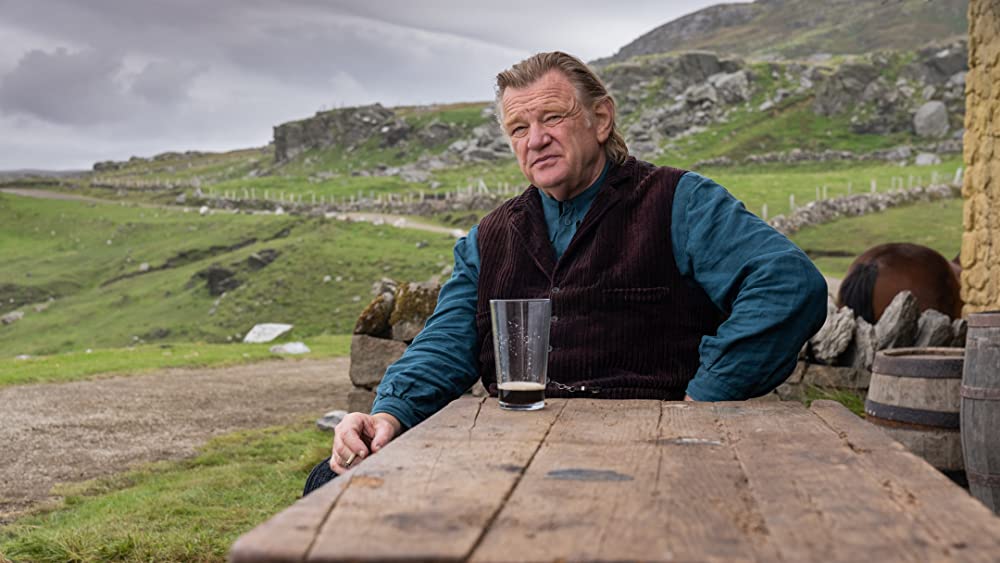