Review: Running with the Devil

Opening with the brutalization and burning of a fully unfortunate man, “Running with the Devil” is a graphically violent and decadent account of drug smuggling, from a farmer in the lush green low mountains of Colombia to a wealthy CEO sitting comfortably at his desk in a fancy Canadian high rise.

Exceptional performances by Laurence Fishburne and Nicolas Cage bring life to the seedy, disgusting drug smuggling described by ex-Navy SEAL Jason Cabell. In a blistering screenplay, Cabell describes how immigration officers and drug-checkpoints can be out-maneuvered.

The cocaine traffic from Colombia is a dangerous run, not as much from government officers but from the drug-runners themselves. Those along the road, who compromise the white powder shipment, are given no mercy. But one illusive handler in the network has been lacing the cocaine. The Canadian CEO hires Cage’s character to ferret out who is responsible.

That’s the conflict in the film that spins the tension. Someone is embedding the cocaine supply with fentanyl to increase the product and make a profit. A tough US agent, played with motivated drive by Leslie Bibb, monitors the drug line not only to find the CEO and fentanyl infiltrator, but to gain revenge for who is responsible for hundreds of deaths in Seattle, including her sister’s.

Because there are so many male characters, they are labeled with names like Snitch, Boss and Cook to help the audience follow along. Needing more clarification and development is the position of the agent (Bibb) and her relationship to a little girl whose parents “won’t wake up.” Titles continue on-screen to help us with location, date and the rising price of the cocaine.

The embarrassing sink-hole slime that Fishburne’s wretched character, “The Man,” enjoys certainly helps the film achieve its R rating. Perhaps Cabell, both writer and first-time director, thought his plot wasn’t exciting enough in conflict and tension so he embedded especially cruel violence and sexual debauchery. It’s disappointing and unneeded with such great performers like Cage, Fishburne and Bibb. Avoiding the sensationalism, trusting the actors, and buttressing Bibb’s role could have had the potential to appeal to a broader audience and create a stronger story.

Jason Cabell, who worked for 20 years with the Drug Enforcement Administration in Colombia, has become an actor, producer, director and writer. “Running with the Devil” is his second screenplay and first-time solo-directing. Surprising is the double-star power he gets with signing Cage and Fishburne to enhance and legitimize this otherwise depressingly degenerate project. There is no redeeming inspiration here and one wonders what values impressed Michael Mendelsohn and Patriot Pictures to produce it.

Accurately titled, “Running with the Devil” will open on in theaters and be available On Demand and Digital on Sept. 20. 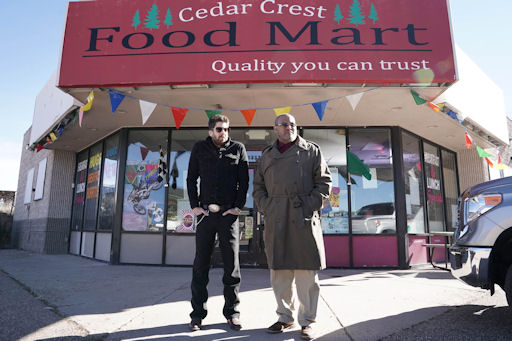