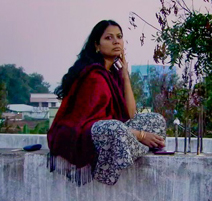 Salma was 13 when she was locked up in a room with one window. For nine years, she stayed there without friends, schooling or a walk outside. The custom in her southern Indian village is to lock up all girls once they reach puberty. To limit the internment the girls may consent to marry. However, that agreement really only exchanges one kind of prison for another.

This is the first film in the Voices in Action: Human Rights on Film series at the Northwest Film Center in Portland, Oregon. It focuses on a regional practice in southern India that misuses and misinterprets both Muslim and Hindu scriptures to legitimize practices against human rights.

In her captivity Salma schooled herself. She read the newspaper articles her food was wrapped in, she wrote continuously and she spent hours in thought. In the end she has become the most famous poet in southern India.

While married (she now lives apart from her husband), Salma was forbidden to write so she hid a pen in the bathroom and wrote at night when no one would notice. She kept voluminous notebooks and hid them under the bed and amongst her saris. Her husband would hunt for them. Once found he would punish her, destroy her work and demand she discontinue her passion and sequester her in the house.

Salma has a history of rejection and abuse, besides the enforced house internment, that is not unfamiliar in her culture. Because she was a girl she was given up by her mother as an infant and given to her sister, a 7 year old, to bring up in her grandmother’s home in another village. It seems the love of this little sister, who adored and took Salma everywhere, might be a factor in Salma’s strength.

Kim Longinotto, a celebrated filmmaker, travels with Salma as she visits people and places important to her history. She asks her mother, perhaps for the first time, why did you give me away? In the end, what differences does fame and success bring to Salma’s life? What does she truly long for and is it achievable?

These questions and more will resonate with the audience, creating a tender bond of recognition as well as hope. 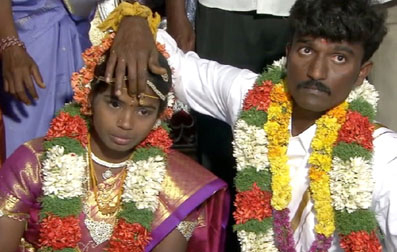 Salma is being presented on Thursday, Oct. 3, at 7 p.m.,
at the Northwest Film Center in Portland, Oregon