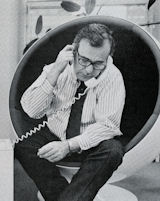 It is only right that the story of one of the pioneers of indie film theatres should premiere at this year’s DOC NYC. A city that claims more persons reflexively identified as “A piece of work” than anywhere else in the USA is, no doubt, proud to have this subject among them. Self-identifying with this description, the inimitable Joan Rivers named her 2010 movie that, but Donald Rugoff was the real deal. To the point where some of those who worked with him would have preferred otherwise.

Former employee Ira Deutchman decided to make this film not because the subject was an unusually eccentric person in a city of eccentric people. He made the movie because this man singly-handedly changed the landscape of the city’s movie theatres, and then disappeared without hardly a trace. It is not just the power he wielded, it is the lightning speed in which the city buried him and moved on.

In the 1960s and ’70s, Mr. Rugoff, as he was called by most who knew him, invented the concept of the small-venue theatre that could survive showing unusual (aka “indie”) movies. He also executed advertising campaigns that matched his indie offerings. As the films were different, so was his approach. His gambles were enormous, his successes were stupendous, but he was not the person you wanted to work for, or even have lunch with.

In the crazy genius department, he made one of his early successes, the “Monty Python” crew, look like Doris Day.

There are almost no moving pictures of Mr. Rugoff. After all, he was man who showed the movies, not the man who starred them, or even made them. His genius was in picking the gems from the new wave of indie movies washing over America. This film features fascinating snippets of dozens of them, watched by enthralled fans who never knew the name of the man who brought them to theatres. “He was the guy who did that?” you will say over and over.

Ira Deutchman follows in his former employer’s footsteps with some Olympian hustle. He interviews the people who were central to that yeasty film scene, those who were closest to Mr. Rugoff, and even tracks down his grave, far from the glamour and marques of Broadway. As we know from the movies, good things come to an end. He was there when times were good, and he ushered in an era in which other people could learn from him and, in some cases, do it better.

This is not just the story of a man, but a story of film in modern-day America. The comedy and the tragedy, it is all here. 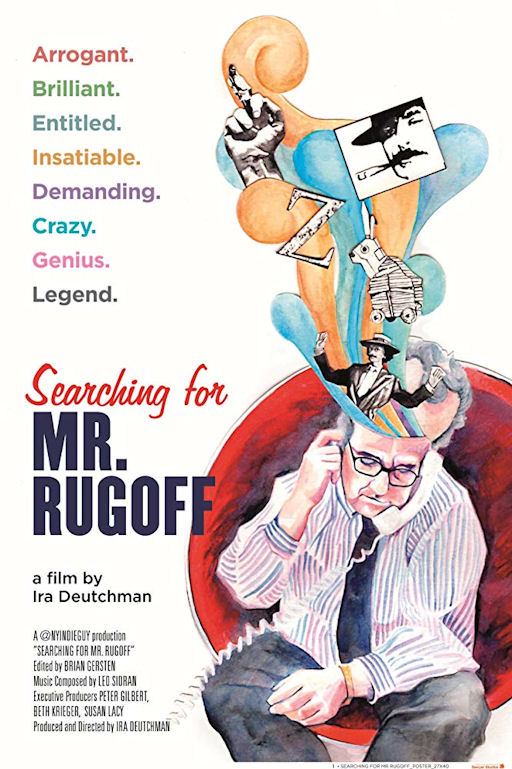 Tags: Ira Deutchman
Posted 08 Nov 2019 by Other Writers in Reviews