Soft, gorgeous, blue fog rests in a thin line on the meadow as the sun rises on a shepherd and his flock. He has slept the night in the field and greets the day praising his situation: “Openness, peace, space, freedom, my own choices, not someone else’s. That’s it. A simple life.”

How often have you taken in a restful sunset at the beach, a sprinkling of wildflowers beside a sparkling brook, or a hideaway deep in the forest and mused, I wish I lived here?

Most people have an idyllic dream or life plan about how they would like to live, but it is brief and transitory, tempered by economic realities and circumstantial events. But the story of the “Sheep Hero” is one where the dreamer works creatively to make his dream come true.

As Stijn Hilgers explains the duties involved in his idyllic, independent life as a shepherd, a lamb in a diaper is being bottle-fed in his kitchen and he is surrounded by his happy wife, two sons, and two dogs.

The biggest problem for Hilgers is economic since he does not own the land his 500 sheep need to graze. Large landowners, however, will contract with him to keep their own grass and heath in check by the natural habits of the sheep.

This seemingly romantic life is featured in a newspaper: “After the Brabat hotdog and the cheese carriers of Alkmaar, shepherds are recognized as national intangible cultural heritage.”

However, as communities grow not everyone is so supportive. When Hilgers herds his sheep through town he is fined for leaving ewe berries (manure) on the roads. People also complain about trampled grass and damaged fences as he herds his sheep from property to property.

Being that it costs him about 61,000 euros in vet bills, grazing land, and fines, and all he makes is about 31,000 euros, Hilgers is in trouble.

“Sheep Hero” isn’t recommended for children or vegetarians. Hilgers has to make a living, and two ways of slaughtering his herd are filmed. The audience will long for a more profitable wool market.

Ton van Zantvoort (writer, producer, director and cinematographer) has written a bit of an autobiographical script that champions the individual who wants to be self-sufficient and independent, yet finds the competition of bigger businesses, whether a multi-shepherd operation for thousands of sheep or a well-heeled film company with its own production staff, a formidable challenge. But still, in his director’s statement, he admires “people who go against the current, or strive for their ideals, regardless of the cost.”

Filmed in The Netherlands, “Sheep Hero” is a gorgeously filmed documentary of an old way of life. It has its US opening Nov. 7 at DOC NYC. 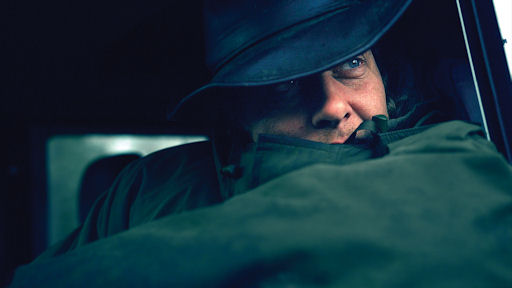