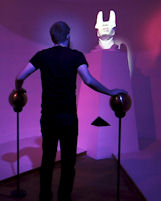 You have been invited to an experience that requires only your rapt attention, and complete discretion. That means concentrate and do not tell anyone. The payoff is a combination of a Sherlock Holmes club and the Shriners, with free drinks. The venue is Latitude House, where you have latitude to escape the monoculture, be something different and, well, have free drinks. Perhaps too good to be true, but that was to be expected, was it not?

Having its NYC premier as part of the DOC NYC film festival, director Spencer McCall’s journey into a utopian dream has consequences that may surprise some, but not many. The introduction to the secret society is the best, and it goes downhill from there.

First there is the mystery, with no people in sight. The inductee is presented with an urban maze that is strikingly well done. Hardly a children’s fun house, it is a journey through some of the most expensive real estate in America. Somebody went to a lot of work for this. Why?

The second phase is where things get, well, ordinary. Mainly because that is when the people show up. Aliens would have been better, or perhaps talking rabbits. There are some animatronic inventions that are fun, at least on screen, but it is not clear if this was part of the live experience or only for the movie.

In fact, there is that mystery throughout the story. The film is presented as a record of the story, but the story could have been the film. In the now legendary “Blair Witch Project” the found footage was the crux of the plot. This flick is too slick to come off as spontaneous. The production is suspiciously good. There were pros involved here. White linen table settings in the forest, nice people, nice clothes, nice sailboats, nice grammar, nice teeth.

The third phase is the kicker; mystery, people, then what? Suffice it to say that utopia morphs into utility, and the members are not happy. The apparent CEO philosophizes. After all this is not a cult, he repeats, he just wanted to help people connect. It would be easier to identify with his message if he was not wearing the tin foil crown. Hey, have a little latitude, OK?

This is not a cult, it is entertainment. The question is whether it is entertainment for the participants, or the people watching the movie. Described as “an avid fan of the Yes Men,” one wonders if director McCall was lucky enough to see the lost indie classic “Czech Dream,” (2004) about the imaginary shopping mall whose opening attracted hundreds. The film makers were lucky the unwitting, unpaid, film subjects could take a joke.

No matter. The ultimate object of art is to make us think. This film does that. The rest is up to you. 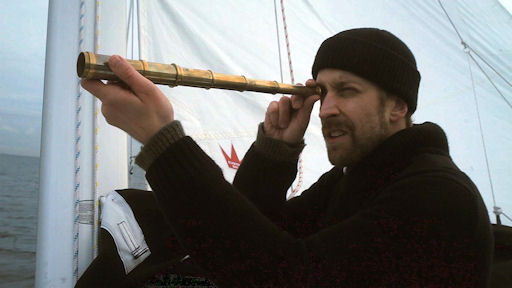