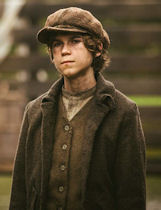 Superficially the story of one of the worst Nazi death camps in the history of the holocaust, this is a story of extraordinary courage. Not only were Nazi death camp victims tortured and worked to death, they were brainwashed into thinking they had no alternative. The power structure was able to exert such terror as to deny prisoners their ability to use their own minds. First it denied them their will, then their lives.

This film is shown as part of the 2018 Russian Film Week in New York City. Presented by Cherry Orchard Festival (USA) and Rock Studio Films (Russia), “Sobibor” is Russia’s submission for the 2019 Academy Awards for Best Foreign Language Film. It is one of the most disturbingly violent, sadistic and graphic depictions of Nazi brutality ever shown on screen.

Having given due notice, if there is a failure of this movie it is to give too much screen presence to the oppressors and not enough to the heroes. The heroes were Lieutenant Aleksandr “Sasha” Aronovich Pechersky, a trained Russian military officer, and Leon Feldhendler, the son of a rabbi from the nearby town of Zolkiewka. To say that these two gave many people back their lives is to miss the point. What they did was even more important. They galvanized the prisoners to take back their own will in the face of sickness, starvation, injury and the ever present threat that as bad as it was, it could get worse.

This is the lesson for the present day. Even though most of us are in perfect health and have options unheard of in the history of mankind, we are all constantly in danger of losing our free will. This is the constant vigilance that must be maintained. In the case of the awe inspiring courage of those executing the uprising, they were gifted with a leader. In an environment of demented leadership, that light was able to lead them. Do we have such a leader now?

Amongst the many successful images in the movie are the unity of the prisoners, even before the uprising, and the destruction of the camp staff by the emotional violence of their very positions of power. Although physically beaten at every turn, the oppressed were in far better mental shape then the guards, who, as the film shows it, were driven mad by what they were forced to do. Getting beyond the anger that is engendered by the brutality, the viewer should be aware of this difference. 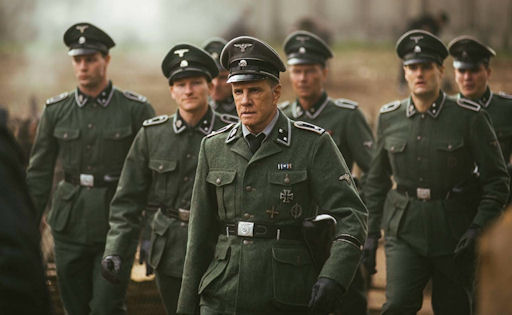