“Farewell to Europe,” Austria’s official nominee for the Academy Award for Best Foreign Language Film, begins in an opulent diningroom in Brazil where five maids scurry to finish setting a gigantic table laden with exotic flowers. This was 1936, when coffee, rubber and cocoa were Brazil’s most popular exports and Europe was flailing around in an economic depression and growing national extremism. The extravagant dinner was to honor Stefan Zweig, writer-in-exile. 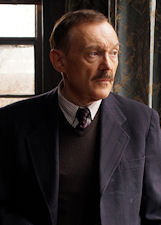 Comparing this film to current times, Kathleen B. Jones wrote in the Los Angeles Review of Books (2/27/2017) this biopic “couldn’t be more appropriate to our moment, when the rise of right-wing nationalist populism in Europe and the United States threatens both the utopian ideal of peace and the social fabric of pluralism and cosmopolitanism to which Zweig devoted his life.”

Let’s hope the production of this film isn’t a canary in a cage, predicting a contemporary crisis for our European allies and more trouble for us. I’m not sure why else it was produced. Though “Farewell to Europe” is a factual account of Zweig’s last years and covers his difficult to understand death, it does not reveal why he was so popular or anything about what he wrote. Most Americans have never even heard of him, despite the fact that Wikipedia contends he was the most popular writer in the world in the 1920’s and 30’s.

In 1934, after his writing was banned in Germany, he fled first to Britain and then to New York, looking for a safe haven. It wasn’t what he wrote that made him such a problem, it was that he was Jewish.

Surprisingly, the film shows his frustration at so much mail delivered to him begging for advice on how to get a visa out of Nazi-controlled areas. With his wealth and foreign connections, couldn’t he find a way to save those he had known? Schrader, the writer/director does not answer why he resented these pleas or explain that he actually helped a lot.

But we do learn that despite being Jewish, he could not oppose the Nazi position because he felt his unshakeable pacifist values demanded his neutrality. In stoically trying to depict only what is known, Schrader, the writer/director, does not speculate on the deeper more urgent questions of his neutrality.

By 1940, in the midst of the bombing of England and the evident fall of most of Europe, Zweig had divorced his wife of 18 years and married his young secretary. Together they left first the US housing Yale provided and then their place in New York City. Zweig was searching for a bit of Shangri-La, and found it in a second trip to Brazil. There they moved to a lushly green subtropical town called Petropolis, populated by an earlier emigration of German farmers.

Though the film does not cover what Zweig wrote about, we do hear him ask, “The most important question is … how do we achieve a peaceful coexistence in today’s world despite all of our differences in race, class and religion?”

The viewers’ may question how anyone, including Zweig, could retain a pacifist outlook when a horrific war, full of genocide and xenophobia, is being perpetrated against his own neighbors, colleagues, and religious group.

Schrader has responded by saying, “The movie doesn’t give clear answers but, hopefully, makes us reconsider certain strong opinions.”

Maria Schrader, winner of several awards and honors as an acclaimed German actress, directed “Farewell to Europe” as her second feature film, for which she was nominated this year as Best Director at the German Film Awards. 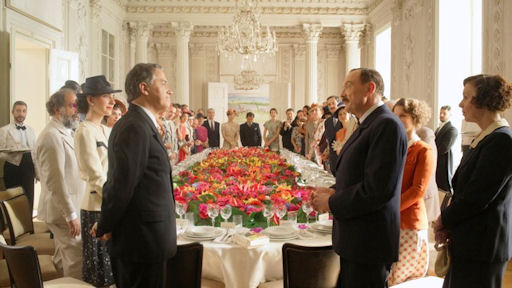 The film opened at Lincoln Plaza in New York on May 12, and will play later at the Laemmle Royal on June 16th. Other cities will follow.