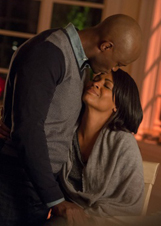 If you do watch both movies, you will discover that “The Best Man Holiday” is more than just a pointless sequel. It has a nice balance of comedy and life lessons, which I did not expect.

Once again, the main protagonist is Harper Stewart (Taye Diggs), who has not had much success since we last saw him. Harper has a new baby on the way and he is at a crossroads financially. Harper’s estranged friend, Lance Sullivan (Morris Chestnut), is retiring soon from pro football and Harper sees this as an opportunity to exploit his friend. The old gang gathers at the Sullivan’s residence for the holidays, where old bridges burn again.

The Good: Quite simply, the main strength of “The Best Man Holiday” is the cast. Everyone still has tremendous chemistry together after 14 years and each character provides the movie with balance. The two characters who really hold the movie together are Quentin (Terrence Howard) and Shelby (Melissa De Sousa). Quentin provides almost all the comedic relief in the film and, to me, he made the movie worth seeing. On the flip side, Shelby provides most of the drama in the film and mixing drama with comedy is never a bad thing.

The storyline is something that is unexpected and it teaches us that no matter how we feel about each other, there are greater things that will bring us together.

The Bad: This movie is entirely too long and there some scenes that could have been edited or cut out completely. One scene that could have used some editing was the football stuff at the end; this is not a sports film. Another thing that bothered me about this film was the jokes about interracial dating.

Overall, I was thoroughly impressed with this film and I think the message this film sends is important and is something we can all relate to. 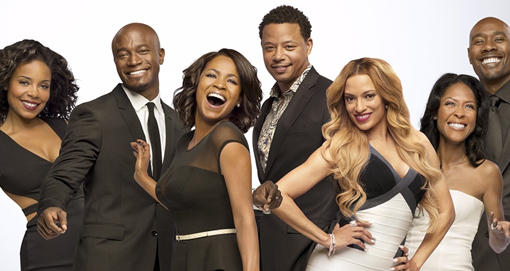 “The Best Man Holiday” will be released Nov. 15.