Review: The Black Emperor of Broadway 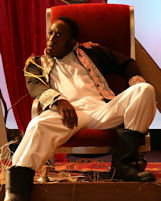 “I grew up learning to revere and honor Eugene O’Neill as the father of American Theater – until I learned about Charles Gilpin,” reports Arthur Egeli, director and producer of the masterful film, “The Black Emperor of Broadway.” With just a little research on O’Neill, I have come to the same unfortunate sentiment, but commend this powerful film as The Show of the Year.

After years in minstrel shows, sometimes in hated, ironic blackface, Charles S. Gilpin was given a chance for the lead in a Broadway play, “The Emperor Jones,” by Eugene O’Neill, in 1920. To his credit, O’Neill had to fight for this. Instead of a white person in blackface, he insisted on an African-American actor.

But there was one problem. O’Neill’s script called for Gilpin to repeatedly say the “N-word.” Gilpin, an African-American, cannot stoop this low and cannot lose his integrity. Gilpin explains to the famous writer that Negroes do not use that word and do not call each other that. O’Neill shouts back at him, “If there is one word out of place, I’m going to jump up on stage and beat you up!”

Gilpin, whose wife is a house-cleaner, needs the money and craves this opportunity, but what is more important to him? How can he stay true to himself without getting attacked on stage and, worse yet, fired?

Just as Gilpin won acclaim back in 1920 for his characterization of O’Neill’s Emperor, Shaun Parkes deserves an Academy Award for his searing portrayal of the first black man to appear as a lead on Broadway. Realistically glassy-eyed as a drunk, full of arrogance as an actor, and striving for integrity as a flawed human being, Parkes’ voice is powerful whenever and however he speaks.

Brilliantly written, brilliantly portrayed, brilliantly directed and perfectly timed, “Black Emperor of Broadway” is the film of the year. It combines the thoughts of the BLM movement, Ibram X. Kendi’s “How to Be an AntiRacist” and Robin DiAngelo’s “White Fragility” in a moving depiction of white privilege and arrogance that compromised the lives of black people in America through time.

“The Black Emperor of Broadway” is based on the play “N” written by Adrienne Earle Pender, a descendent of Charles Gilpin. She was awarded a Tao House Fellowship by the Eugene O’Neill Foundation in 2015. 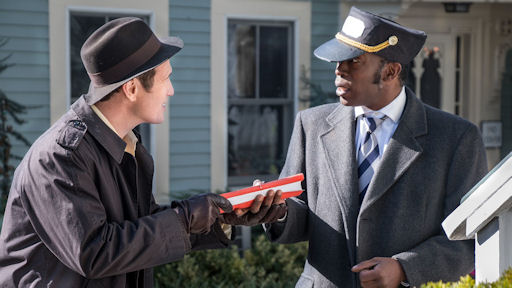 “The Black Emperor of Broadway,” magnificent in its power and message, was released on Sept. 15 and is available virtually on VOD.