A staccato soundtrack by Justin Melland forebodes serious danger and grave trouble. The cinematographer/writer/director Peter Nicks, an Emmy Award-winning director, is the drive-along who lives to bring “The Force” to the screen. Earning the 2017 Sundance Film Festival Best Director for a Documentary Award, Nicks deserves it. 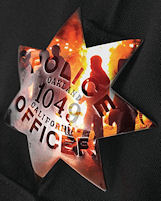 He and his outstanding team, including Linda Davis and Laurence Lerew, filmed the Oakland Police Department (OPD) for two years, beginning in the fall of 2014. After production ended, when an underage sex scandal developed, Nicks called his crew back to resume work. The story about police corruption, community betrayal and the spiraling cost to local taxpayers is never-ending.

The OPD members are taught that each one of them represents the total police force. It is trained in confrontation de-escalation as well as ethical deportment. However, the OPD, like many other police departments, cannot win its way out of Federal oversight because it cannot avoid police misconduct and civil rights abuses. Why not?

Nicks travels with a cop, has access to police-worn camera footage, and captures on video, in cinéma vérité style, a perspective on the ongoing anger of the community vs. the besieged police. The issues involve respect, integrity, the law, and staying alive.

As Oakland Police Captain Leronne Armstrong reminds his officers in a sermon-like class, “You all joined the OPD to make Oakland safer. The badge you wear on your chest reflects on all of us.” Armstrong knows of what he talks. He grew up in Oakland and learned early that when you see the police you run.

In 2003 the OPD was placed under Federal oversight and mandated to adhere to federally mandated reforms. Year after year the department delayed implementation at a significant cost to the taxpayers. Nicks and crew work to get to the bottom of the problem. At first, the steps to reform with a new police chief look hopeful. But two months later 4 blacks are shot dead by officers. What happened to officer warnings, rubber bullets, stun guns and de-escalation strategies?

As time passes and the department finally appears on the verge of successful reform, the film crew packs up. However, after the editing, in May 2016, Nicks calls his crew back. Thirty officers from 7 different police agencies, 16 from the OPD, are implicated in an underage sex scandal. The story isn’t over.

Libby Schaaf, the frustrated and disappointed Oakland mayor, announces a new solution, supported by 82 percent in a Nov. 2016 city-wide vote. Her concept and response to her community may end up as part of the antidote to police problems nation-wide. However, at a time when Jeff Sessions, US Attorney General, is asking for the removal of Federal oversight of non-compliant police departments, where will the support come from? 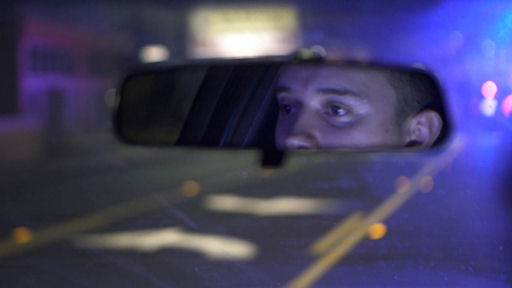 
“The Force,” a critical film to see in these critical days, plays at the Northwest Film Center on Nov. 28 and 29 and Dec. 2 in Portland, Oregon.