Review: The Girl and the Picture

The 1937 Nanjing Massacre by Japanese forces is an example of a military invasion gone berserk. Initially, the Japanese vehemently denied their actions and called reports of the mass murder of sick, elderly and poor as made-up stories. But unknown to these liars, John Magee, a missionary with the Episcopal church, had been secretly filming the frenzied inhumanity with his family home movie camera.

The opening voice, woven throughout, is Xia Yuan’s who is writing the story of her grandmother’s life for her seven-year-old son. Alternately, another narration intermittently weaves in as John Magee’s grandson, Chris Magee, comes to China for the first time to visit the library dedicated to his grandfather and meet the family of Xia Shuqin.

Eight days after the carnage, sleeping amidst the shelter of corpses, Father John Magee found eight-year-old Xia Shuqin and her four-year-old sister. He filmed them standing against a wall. Shuqin had been stabbed three times and left for dead. Her recollection of the massacre, still vivid today, also recalls the courageous priest, Magee’s grandfather, who took her picture and carried her and her sister to an international safe zone he had helped establish.

Magee sent his films to “Life Magazine” and governments around the world. He also showed them at the world’s first war crimes trial where Japan was found guilty of genocide.

However, the focus of “The Girl and the Picture” is on the aftermath. What happened to Shuquin? She has some pictures and her mind is clear. What does she desperately want her great-grandson, now seven, to know? And what is it that Chris Magee desperately wants to tell her?

Roth lets Shuqin tell her story. The most sacred moment of Roth’s film occurs when she asks her great-grandson, to touch the three big scars left from the bayonet in her side and back. Then they talk: “If Granny dies one day, I hope you can tell my stories to others. Why do you need to remember the history?” He answers: “To have peace.” She responds: “Yes peace, no more war. That’s all I hope for.” 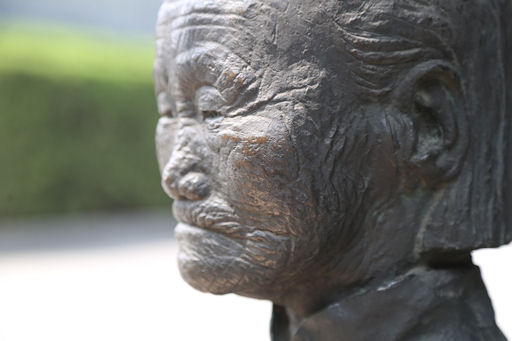 Roth’s masterwork, with perfectly nuanced music by McKenzie Stubbert, is being presented by the USC Shoah Foundation, founded by Steven Spielberg with a mission to record eyewitness testimonies of the Holocaust and other genocides. Following screenings at AmDocs and the 2018 Tribeca Film Festival, it will play at the Newport Beach Film Festival and the Julien Dubuque International Film Festival.