The genius of this documentary, set in a tiny town in Bulgaria, is that it is a microcosm of the world. 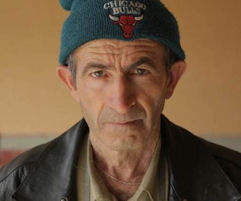 While the citizens of Great Dervent, Bulgaria, fear change, strangers, unemployment and loneliness, their major contentious issue in a recent election is what to do about the Syrian refugees passing through the border corridor a hand-stretch away.

In the documentary, “The Good Postman,” three mayoral candidates vie for the votes of the approximately 38 voters in town. One candidate, a long-haired communist era socialist, provides a free dinner and promises Internet access for everyone. Another, the village postman, helps everyone out as he can and runs on a single-issue platform that asserts accommodating Syrian refugees could solve all the city’s problems. The third candidate, the incumbent, is accused of being self-absorbed and unconcerned with social issues.

Do any of these profiles sound familiar?

Like the citizens of Great Dervent, most people are lured by the promiser, the good Samaritan or the self-absorbed, recognizing these conflicting characteristics in their politicians and their own selves.

Despite the news revelation that 71 Syrians suffocated in a van in Austria fleeing death in Syria, despite seeing trails of unwanted Syrians tiredly walking in Turkey next to Bulgaria’s barbed wire border fence, and despite the fact that poverty-stricken Great Dervent has plenty of available housing and property, the inhabitants are skeptical about letting the refugees move in to revitalize their decaying town.

The award-winning filmmaker, Tonislav Hristov, was born in Bulgaria, moved to Finland and now works out of both countries. He shows the beauty of an expansive, fertile countryside juxtaposed to a lonely, listless existence in a dying Great Dervent.

The postman, who knows everyone’s situation, thinks that the only way to revitalize the town is through encouraging Syrian refugees to live there.

Ironically, it is part of the empathetic postman’s daily job to report to the Swiss border police sightings of refugees. He sees them trudging on the other side of the fence, not a trouble to anyone, but also not wanted.

Yes, the whole world has been made aware of the Syrian refugee crisis. Canada, Germany, the Nordic nations, Lebanon and Turkey have accepted approximately 18 million Syrian refugees.

The vote for mayor in Great Dervent will determine where this town on the border will decide to stand. In so doing, like the canary in the mine, it may predict what will happen to Syrian refugees throughout the rest of this decade.

This excellent documentary, part of the Human Rights Watch Film Festival, plays on June 11 at the IFC Center in NYC followed by a discussion with the filmmaker via Skype. A second showing takes place June 14 at the Film Society of Lincoln Center’s Walter Reade Theater in NYC.