The real shocker of this film comes from HH Dalai Lama’s response to the question on his own reincarnation and who the next Dalai Lama will be. But the other traditional questions, those we all want to know, are also answered. What is the purpose of life? What does the 14th Dalai Lama have a passion for and what does he want the world to know? What does he want to do before he dies? What is he doing now? 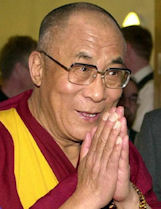 In 2015, HH Dali Lama celebrated his 80th birthday in both Dharamshala, India, and New York City. Security was frighteningly tight. Just as universal as the uncontrollable, devout love of his followers and audience, is the deep-seated fear of those who find him a threat. It is the familiar inexplicable fate of the prophet and the voice of truth.

Micky Lemle is a chronicler of HH Dalai Lama, first filming him in “Compassion in Exile” in 1992. This time, he includes interviews with the Dalai Lama’s brother, sister and translator, along with early family pictures. To whisk away a little child, aged 4, from his mother, his family and all that he trusts and loves still seems inhumane. But his Buddhist teacher, now reincarnated, led him through the tough times.

One of the things the Dalai Lama is interested in these days is related to the role of emotion in the ways we act. He is especially interested in the work of Dr. Eve Ekman, an emotional psychologist, whose studies revolve around meaning, empathy and emotional awareness to help create emotional balance. Her interactive creation, The Atlas of Emotions (http://atlasofemotions.org/), is supported by HH Dalai Lama.

Interacting with these concepts and mindfulness training, elementary school children in British Columbia meet with HH Dalai Lama, where he holds hands and answers questions about anger and meditation strategies.

Once we have some understanding or awareness about these things, then, accordingly to our own experiences, daily experiences, about where irritation comes… your mind is disturbed, not happy… then, no longer any calm mind.
Medical science already shows that in order to have a physical, healthy body you have to take concern about healthy mind or healthy emotion – or calm mind. Now already… many scientists now say that constant fear, constant anger, hatred, actually eating our immune system.
Destructive emotions are bad for our health.
Fear, suspicion, anger, jealousy — while these are in your mind, you never get genuine relaxation. On the other hand, warm-heartedness, sense of concern about others — these emotions bring inner strength and are the basis of complete peace of mind.

Lemle, who was recently named “Cinema’s Soul Man: One of the 40 Artists Who Shake the World” by Utne Reader, makes sure all the important questions are answered in this wonderful film. The 14th Dalai Lama is aging, but his tiny eyes, dark lips, and high cheeks look the same as he laughs with overflowing delight. 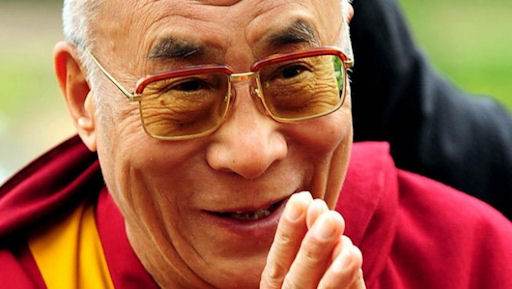 “The Last Dalai Lama?” opened in NYC July 28 and opens in LA on Aug. 11 at Laemmle Monica Film Center.