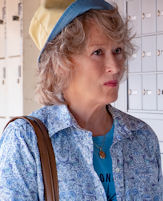 There are some bad people out there and you should not be one of them. At least do not be one of them who gets caught. From what we can tell, the rest do fine. In this hilariously dumbed down condemnation of organized crime, murderous fraud and simple good old fashioned flim-flam, Steven Soderbergh and Meryl Streep team up to tell us what your mom already told you. Be nice, do not hurt anybody and if it is looks too good to be true, it probably is.

Ellen’s (Meryl Streep) failed insurance policy leads to a cast of corrupt characters that is unusual. They are not unusual because they are crooked, they are unusual because they are boring. One wonders how Mr. Soderbergh missed watching “American Hustle” or “Casino Jack” or even “The Flim-Flam Man” before he struck out on this Quixotic mission to save, or even criticize, the big bad world.

It looks like the director won a lottery and with it a chance to work with one of the greatest living actors, and, like Tammany Hall’s George Plunkitt, seen his opportunities and took ’em.

Launched as a dark comedy, the film does have its funny moments, but they are far too few and too far between. As a civics lesson that should have, and could have, included some good audacious mistakes, these ripped-from-the-headlines vignettes have already been read in most local papers. A gangster who leaves his disagreeable wife and daughter penniless is not exactly Pablo Escobar. He is a cad, yes, but it did not require international shell companies for him to stiff his family. He simply had to be a garden variety jerk.

Leads Gary Oldman and Antonio Banderas, as the flaky partners of the crooked Mossack and Fonseca law firm, take on the roles of “Trading Places” Duke and Duke but are lethally ill-suited to the roles. Don Ameche and Ralph Bellamy grew up with silly comedies, Oldman and Banderas grew up in the Cold War and the Drug War; we know too much about all that already. As an expose’ the film exposes nothing and as a comedy the three heavy lifters are not funny.

Corruption in the Caribbean segues to organ harvesting in China. The first is white collar crime that everybody goes along with because, well, America wants drugs. That is a story that deserves to be told a few times, because, amazingly enough, Americans just do not get it. The organ harvesting in China is murder for money and the film does not have the chops to connect this to everyday life in the USA, or anywhere else.

Too dumbed-down to be intellectual and too serious to be funny, the movie climaxes with the star simply telling the audience what they were supposed to get from the film maker. A nice twist, breaking the fourth wall and all, but this flick is no “Blazing Saddles.” 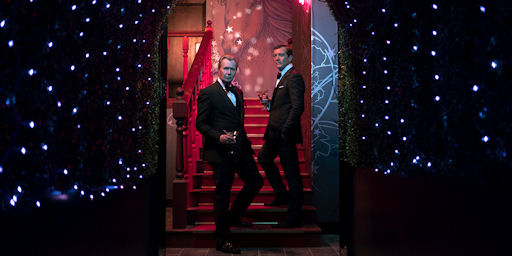