Writer/director Asghar Farhadi, already known for his simmering “A Separation,” has raised the bar even further with this remarkable story within a story. “The Salesman” stars Shahab Hosseini as theatre director Emad and Taraneh Alidoosti as his wife Rana. Remarkably enough, in Iran, Emad is directing a theatrical production of Arthur Miller’s “Death of a Salesman” and Rana is playing a lead role in the production. 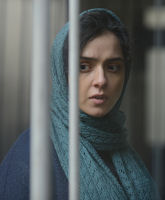 The film starts off with a great series of shots of the theatrical set, taking us backstage, front stage and immersing us in the brilliant colored lights of the make-believe world of live theatre. Then the scene shifts to harsh reality, the emergency evacuation of Emad’s and Rana’s low rent apartment building. Is it ISIS attacking? Is it the USA attacking? No, the building has developed massive cracks in its structure and is about to fall down any minute. The destitute, elderly, disabled and poverty stricken tenants are driven into the streets to find shelter as they may. Some of them will not survive.

From that point forward, the movie cuts back and forth between the evisceration and humiliation of Willy Loman and the traumatization and reconciliation of Emad and Rana. Already at their wit’s end from the stress of their poverty and borderline lethal living standard, the two continue to channel their feelings into the play, which is starting to look all too much like their actual lives. When their friend and colleague Babak (Babak Karimi) tells them he has an apartment they can have for cheap they have no other choice.

Director Farhadi leads us up the stairs into the new apartment a la Hitchcock with furtive glances and abundant foreboding. The couple is not upbeat about having been saved from the streets, as the flat reeks of an ominous sense of danger. The previous tenant has disappeared and her belongings are locked in a room. They break down the door, load everything into a bag and dump the bag outside by the building entrance. Scrubbing, repairs and refurnishing ensues and disaster strikes. Rana is assaulted in the shower and, shaken as she is, she vows to continue with the play as if nothing has happened. She is becoming Willie Loman and Emad is in danger of being dragged down with her.

The detective plot that follows is small scale compared to the hyper-developed western trope, but the justice that is served is equal to anything devised by the darkest thoughts of western playwrights. Unlike Willie, Emad fights to confront the truth and push through to the other side of the play. He writes his own ending that leaves the couple and those around them with a sense of justice and closure.

It is hard to compare this film to Farhadi’s previous works. He has taken such a major step forward that the movie becomes much more dynamic while still preserving the simplicity and clarity of his earlier themes. As before, the lives of the people involved change, but their challenges stay the same. At the same time, there is the social message that the entire country must change for its citizens to move forward. This is not a comfortable thought for the leadership of Iran, where, somehow, he continues to work. 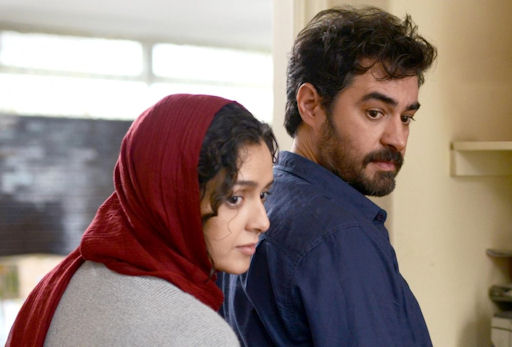