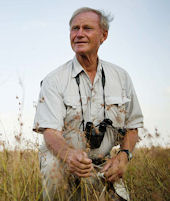 An urchin chomping away merrily at a kelp lunch is a sight to behold. Who knew that urchins had teeth, just like humans? Well, not exactly like humans, but close. Even better is killer whales hunting seals by splashing next to them, creating a huge wave that washes them off an ice floe for dinner. It is creepy the way that animals as remotely connected to humans are, in the end, so like us. Lucky we still have the upper hand.

As one whale said to the other, “Yes, but can they save themselves?” Filmmaker Nicolas Brown asks us to give it a shot, saving other species to save ourselves. In this dramatically photographed essay on the hidden lives of animals there is a story of interdependence. Beginning in the 1960s, five young, unknown scientists began taking a different look at the way nature works. Guessing that nature was, in fact, a system of interlocking dependent sub-systems, they tried made sense of extreme, seemingly random environmental effects.

They found out three scary things. The first is that kelp, grass, tree and other low level plant devastations, while seeming small, have a large downstream impact. The second is that those low level devastations can be traced back to a single cause. The third is that we are the cause.

An important story, to be sure, but one that will have to find a better messenger than this glossy gee-whiz groove-a-thon. Of the eighty minute run time, at least half is spent on the dreamy mental meanderings of the subject scientists at the expense of hard-copy facts. This would be fine if the movie was a bio-pic about scientific “unsung heroes,” as they are self-described, or if it were a motivational piece to inspire new scientists or a platform for scientific poetry. Such is not the case.

Film people listen up. The star of this movie is the environment that we depend on to survive. You are not going to stop centuries of human environmental rampage with zebra painted airplane photo shoots of wildebeest or spouting whales. The Japanese were whaling when your white Anglo Saxon forebears were trying to get the Chinese to teach them iron smelting in the peat bogs.

Leaping to conclusions, animated charts show overly simplistic causes and effects. This needs to be solidified with a one-two punch of fact-based cinema showing steps leading to natural events that cannot be ignored. To be fair, there were some tantalizing examples of keystone species. All the more frustrating when they quickly segued into gee-whiz exclamations or touchy-feely folk songs.

Melancholy preaching, scrap book nostalgia and ponderous soundtrack aside, there is a vital message here. Those wolves may eat some sheep but eliminating them from the overall system has consequences that need to be understood. Let us hope there are more films like this one to help. 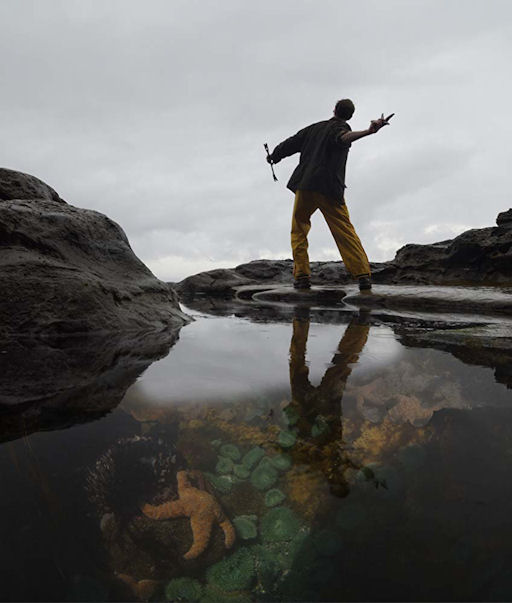