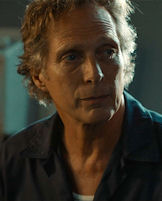 “Cold Brook” is about two best friends who are coping with getting older. Ted and George’s marriages are humdrum and the waitress at the diner doesn’t treat them like she used to. Ted is losing some coordination and it’s a worry. Reliving their youth, they join friends in a cardio-worthy paintball game that ends with one oldster’s bad aim wounding Ted in the neck.

No matter, he lives through it and he and George head off for a night maintenance gig at the local museum. Something is haywire with the electricity, a premonition that all is not what it should be.

Like the paintball game, Ted and George soon find themselves in another hunt, but this time it’s for the mysterious intruder in the museum. It is a “Ghost-Whisperer” moment. No one but Ted and George can see him.

Lovable Ted and George gain some self-confidence as they get entangled in the mystery of the African-American landowner from the 1850s. He has somehow been separated from his wife and needs to reunite. Ted and Bob not only have a puzzle to solve, but someone to help.

William Fichtner has written, directed, produced and starred in this charmer. Humorous with his side-kick, Kim Coates, Fichtner is just plain fun to watch, whether it is when he is checking out his hand in the middle of the night or trying to convince George (Coates) that stealing something from the library is a good idea.

What takes “Cold Creek” to greatness is the notion that having a goal and working towards it is fun, but helping someone else, being ready to sacrifice your freedom, brings meaning.

Whether they get what they want may be less important than the process they take to try to get it. Whatever the case, “Cold Brook” is simply a fun film. It will be available in theaters, On Demand,and Digital on Nov. 8, 2019. 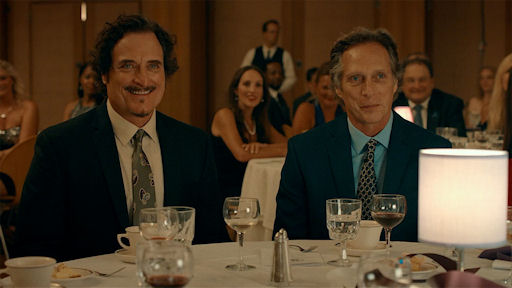