Review: The Spy Behind Home Plate 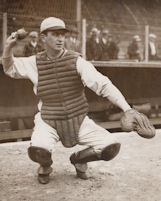 Intending to capture audiences for both spy thrillers and baseball memorabilia, this campy mix of archival footage and semi-historic interviews will not entrance either demographic. Pro ball player Moe Berg appears to be both “enigmatic and brilliant,” as advertised. The question is whether marginally notable marks in both categories will add to a notable film. Probably not.

A prodigious student, Berg learned about a dozen languages in the course of his Ivy League education. As the story goes, his very admission to Princeton was more amazing than his scholarly achievements, as Jews in the waspy suburbs were as scarce as hens’ teeth. His story of having to fake his way into the exclusively white-Christina eating club is funny enough, but also a harbinger of things to come. Not having his fill of disruption there, he went on to conquer law at Columbia, passing the bar in 1929.

Coinciding with energetic arguments with his father who derided baseball as below his studious station, he adopted the ball field as his proxy family. Looking good in his early years, an injury made it hard for him to run the bases and seriously limited his performance as a professional player. This began what would be a lifetime pursuit of neither learning nor sports but pretending to be something and someone he was not. He became a spy.

His spy history is hardly the stuff of leCarre novels. His first activity was abusing his privilege as a baseball star and guest of Imperial Japan by violating their rule of no photographs in the decade leading up to Pearl Harbor. No spoiler here, you will have to see the movie to take in the true campiness of his spy camera shenanigans in the Land of the Rising Sun.

Moving on to work for the US Office of Strategic Services (OSS) during World War II he attended a physics lecture in Zurich featuring German physicist Werner Heisenberg. Carrying a gun into the auditorium, he was under orders to murder the physicist if he mentioned anything about work on an atom bomb. Luckily for both, there was no mention of the bomb. In fact, the physicist is thought to have done the minimum he could to advance the creation of the bomb and killing him might have done as much harm as good. His track record in intelligence at that point was as much mismanagement as heroics.

Having said that, the shots of Berg with The Babe and other stars of the period, what many consider the golden years of baseball, is worth the price admission. He was a dashing figure, an erudite James Bond prototype before leCarre was riding a bicycle. Sadly, he seems to have been more interested in acting the part of something he was not, than excelling at being what he was.

Moe Berg spent his later years in seclusion and was non-communicative about the real stories of his life as a spy. His work in baseball is well documented and, being in full public view, proclaims his allegiance to the sport and his contribution to the legends. With all due respect, if this film, as the promoters say is a “homage to the OSS heroes” they could have picked more deserving heroes, and more fascinating stories. 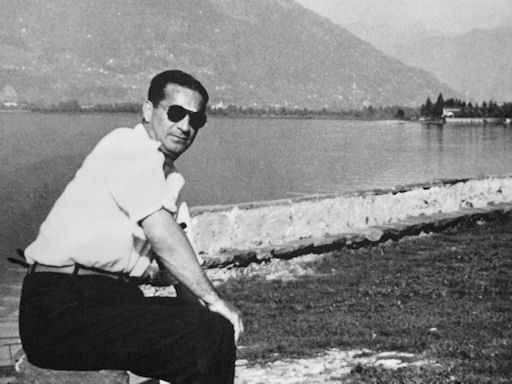