It’s Stanley Cup time once again, as the top two teams face off for the biggest prize in ice hockey. And if you’ve ever seen the Stanley Cup itself, you’ll know what a huge prize it really is. Standing 35.25 inches high and weighing in at 34.5 pounds, it is one of the biggest trophies in world sport.

As the Boston Bruins line up against the St Louis Blues, what better time to take a look at the top five ice hockey movies. You can learn a lot about the game from the experts, like the TV pundits, the columns in the sports weeklies or predictions sites like Oddschecker, but you’ll learn much more by really getting under the skin of the players on the big screen.

1. “Slapshot” (1977)
“There’s never been a film like ‘Slap Shot,’” boasts the trailer, proudly. “And there may never be another.” That’s hardly surprising when you see the snapshot that “Slap Shot” gives us of the attitudes and approach of Paul Newman’s Charlestown Chiefs back in the 1970s. Widely regarded as the best ice hockey movie of all time, “Slap Shot” follows coach Reggie Dunlop as he tries to inject life into his losing, and ultimately doomed, team. Perhaps not one for the purists, it’s fair to say that Reggie does not succeed by teaching his team great hockey skills, but instead encourages a more violent “goon” style of hockey that beats up the opposition and fires up the crowds.

2. “The Mighty Ducks” (1992)
At the other end of the scale, we have a real tale of underdogs overcoming the odds in “The Mighty Ducks.” Emilio Estevez plays a selfish Minnesota lawyer who is forced to take on a hockey coaching job as part of his community service. This being a Disney film, he naturally bonds with his new underprivileged team and leads them to a new level of self-respect, self-belief and, ultimately, victory over their more affluent rivals. In the ultimate case of life imitating art imitating life, Disney actually formed a real team called the Anaheim Mighty Ducks, who went on to defy their gimmick status by winning the Stanley Cup in 2007. 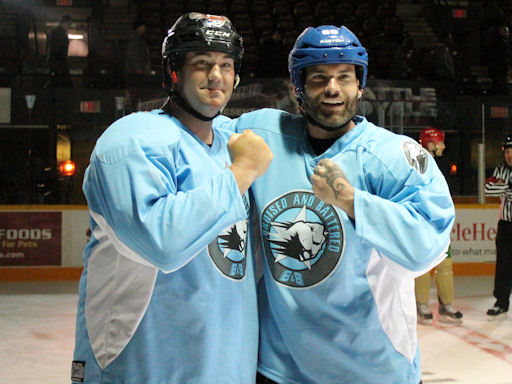 3. “Goon” (2011)
The comedy-drama “Goon” offers another underdog makes good story, but in far-from-Disney fashion. Seann William Scott plays a nightclub bouncer who is down on his luck and shunned by his family, until he is recruited by his local semi-pro ice hockey team to put his bouncer “enforcement” skills to use on the ice. Brushing aside all who come before him, more with his fists than with his stick skills, he sends his team to victory and several opponents to the hospital along the way.

4. “Net Worth” (1995)
While on-ice fights and unbelievable miracle comebacks may not be for the ice hockey purists, the 1995 drama “Net Worth” most definitely is. Under the tagline “The bloodiest fight in NHL history wasn’t on the ice,” it traces the early years of the National Hockey League and the behind-the-scenes battle between players and owners for control of the game. The story follows a Detroit Red Wings player, Ted Lindsay, as he takes on the money men to get a fair deal for the teams actually on the ice, launching the Players’ Association and changing the structure of the game forever.

5. “Inside Out” (2015)
Our fifth selection is not, strictly speaking, a hockey movie, but it is still a must for anyone who follows the game. This innovative Pixar animation explores what makes us tick inside, and much of the main character’s life, moods and emotions are played out using hockey as a metaphor, even creating a “hockey island” as one of the main pillars of her personality. It shows just how important the sport is to many fans and players, and how it means so much more than just the game itself. 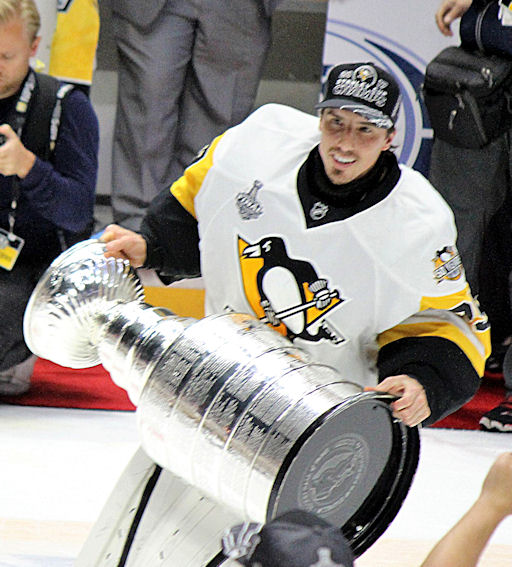