Review: The Way, Way Back 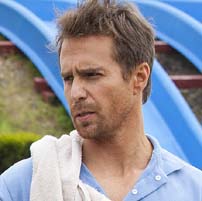 Movies about adolescents finding themselves have been popular for decades and a source of many classic films, but it begs the question: “Do we need more of them?” That is the question the writing and directing duo Nat Faxon and Jim Rush are hoping audiences will say “yes.” Typically seen in front of the camera as actors, these two are taking their skills to the next level with their directorial debut, “The Way, Way Back.”

Shy and introverted 14 year-old Duncan (Liam James) is on his way to the beach for the summer with his mother Pam (Toni Collette), her boyfriend Trent (Steve Carell) and Trent’s teenage daughter Stephanie (Zoe Levin). This would be an exciting thing for any teenager — except Trent takes multiple opportunities to belittle Duncan and treats him like a slave whenever it comes to rules of the house, cleaning and just in general.

Upon arriving at the beach house, a loud-mouthed next door neighbor (Allison Janney) makes her presence known and tries to push her cross-eyed son upon Duncan as a playmate for the summer, but it’s her daughter Susanna (AnnaSophia Robb) who catches his eye.

When things get out of hand at the beach house with the drunken adults, Duncan escapes on a bike he finds and ends up at the local water park where he inadvertently strikes up a friendship with a cool, laid-back employee, Owen (Sam Rockwell), who offers him a summer job there. Owen eventually becomes a mentor to Duncan, helping him come out of his shell and learn how to enjoy life.

Other friendly faces at the water park are the kind manager Caitlyn (Maya Rudolph) and the eccentric Roddy and Lewis (Nat Faxon and Jim Rash), who all seem to accept and appreciate Duncan, which is something he seems to be missing at home, even more so when Trent’s friends Kip (Rob Corddry) and Joan (Amanda Peet) show up and all the adults party like college students. Going unappreciated at home, Duncan spends every free moment at the park and opens up to Owen about his home life. This summer is a major stepping stone for Duncan and also his mother and they both are in need of learning some life lessons. As the summer comes to an end will they be leaving the beach better people or will things stay the same?

This is a fun little dramatic comedy that appeals to a broad range because of the actors and the storyline. It mixes the sad and dramatic with the comedic in a way to have a nice balance.

This is a breakout role for the movie’s main character, played by Liam James, in his first major starring role. His character is legitimately lost and depressed for the beginning of the film and he pulls it off seamlessly where you really feel for him.

Another few favorites of mine were Allison Janney and Sam Rockwell, as they provided the biggest comic relief in the film. Janney’s character is hilarious, firing off one-liners left and right. She did, however, seem a bit out of place in the movie because her character operates at a few decibels higher than anyone else, but she was still fun to watch. Rockwell plays the kind of character at which he excels and even though we have seen it before, it was still enjoyable to watch him interact with all of the other actors.

Steve Carell plays a role unlike anything I have really seen him do before — a completely unlikeable and irredeemable jerk who you want someone to just punch in the face — and he did a very good job. There are many of side characters that are interesting and all add their own little perks to the film. There are certain actors, like Toni Collette or even Maya Rudolph, who I have loved forever and every time they are on screen, it just makes me smile. Needless to say, there are a lot of talented actors in this film that round out the movie to make it a really good film full of heart and comedy. 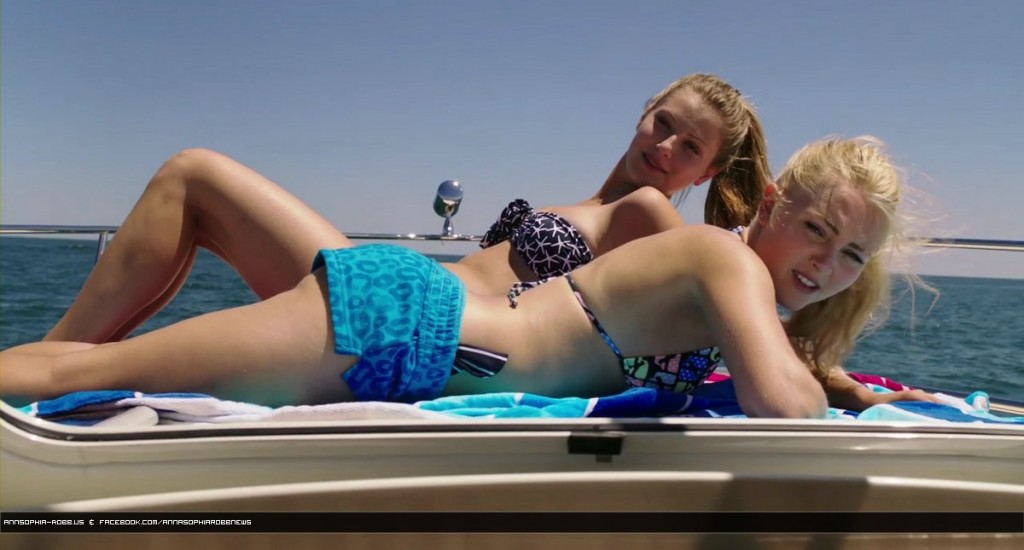 Although you may not be aware of the talented actors who wrote and directed this film, Nat Faxon and Jim Rush also wrote “Descendants.” That film won them an Oscar for Best Adapted Screenplay, so it goes to show that they are more than just funny people in the movies, they are talented writers, too.

It will be a little cliché to say, but this coming-of-age story reminds me of “Little Miss Sunshine,” with a sprinkle of “Silver Linings Playbook” in the dialogue and tone of the film. Some may see this as just an average indie comedic drama, but this film is full of great performances and has real heart that leaves you feeling good after watching it.

Does everything come to the ultimate conclusion you are hoping for? No, but such is life in the manner that things don’t always go as planned and most of the time you don’t get every confrontation or problem neatly wrapped up with a big bow on it at the end. This is one of the things that I also loved about the film, the realism in outcome of the film. Even though I left slightly disappointed that everything wasn’t perfect for Duncan and his mom, the more I thought about it the better I felt about the film.

Is this a movie for everyone? Probably not, but with the continued success of some amazing smaller independent films that make it big, I believe that the movie-watching public is embracing this type of movie and the comedy style in it. Every film we see doesn’t need to be a major Blockbuster full of action and explosions. For every “Avengers” or “Transformers” you see, there should be a “Moonrise Kingdom” or “The Way, Way Back” there to add a balance and enrich your life and broaden your cinematic horizons.

“The Way, Way Back” opens in theaters July 5 in limited release and is rated PG-13 for thematic elements, language and some sexual content.