The best documentaries take on a life of their own. Some spiral out of control into territory unknown to the film makers. Some draw the crew too far into the story for their own good. Some reveal truths that no one anticipated. This super gritty look into Folsom prison gave three outsiders a look into the American penal system they will never forget. They will never forget the experience, nor will they forget what it did to them, and what it gave to them.

Director Jairus McLeary (co-directed by Gethin Aldous) had done group therapy before. Even so, it was with trepidation that he accepted his father’s, James McLeary’s, invitation to go inside Folsom. Beginning in 2003 he stepped inside a world more like his father’s upbringing on Chicago’s rough South Side.

Nobody walks into this room without a guide. Rob Albee is a brown-cardholder, one of a handful of men the prison administration allows into these meetings. Rob stood up for the crew, preparing them thoroughly for what they would see, and be a part of. For an outsider to attend is an initiation of sorts. Even though the physical trauma is limited, the psychic surgery is as intense as it comes. One room, forty men, four days. There is no place to hide.

The prison experience as rehabilitation has long since passed into the absurd. If anything, it teaches convicts to hide their feelings, stopping emotional growth in its tracks. The Work is about completely being oneself, screaming the betrayals, the brutality and the immorality of a life with no breaks. A life with no champion, no defender, nothing close to encouragement or celebration of human potential slowly destroys the body and mind. The Work goes back into time, relives those dehumanizing traumas and teaches that it is the reaction to the assault that makes the man, not the assault itself.

As the cameras churn, the three outsiders who thought they were along for the ride, to get a scare, and emerge triumphant and home for dinner, find there are recesses in their own minds just as deadly as the ones they hear from the killers.

A triumph of years of tedious and painful negotiations with the shot callers of the gangs that dominate prison life, this film is not so much as a documentary as a trip to a place most of us would never go. Like the three outsiders, the viewer will not emerge from this viewing unscathed. 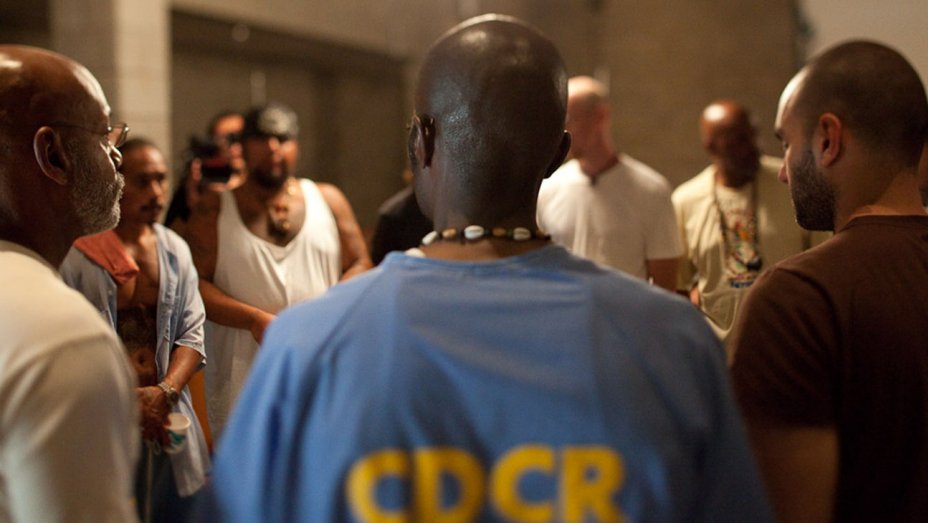