“Theo Who Lived” is a documentary about a quirky journalist who was tortured and prepared for death by hanging. He returns to re-trace his steps for this documentary, re-enacting his exhilarated run across the Turkey-Syrian border as well as the self-imposed placement of a noose around his neck. 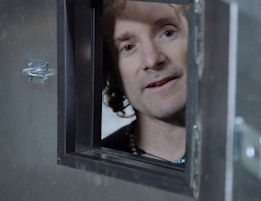 Theo Padnos (legal name Peter Theo Curtis), who spent almost two years as a prisoner in Syria, participates in a brave and probably therapeutic documentary on his experiences which began in October 2012. He blames himself for walking into the trap that led to his painful torture and laments the suffering of his mother. Luckily, his uncanny Robin Williams humor delivery, good a capella singing, excellent Arabic, and a positive outlook kept him somewhat sane, alive, liked by his captors and hopeful.

Originally, Theo had been determined to gain passage through Turkey’s porous border with help from the Free Syrian Army to report on Syria’s civil war and, ironically, on abducted journalist Austin Tice as well as life in refugee camps.

As he explained, “other journalists can’t swim in the sea, but I can swim in the ocean.” Theo has gifts. He speaks fluent French, Arabic, German and Russian and had been studying and writing on Islam. Earlier, he had earned a doctorate in comparative literature from Amherst after schooling at the farm environment of The Putney School and earning a degree at Middlebury. Later, he studied Islam in a Madrasah in Yemen. Theo felt he understood the Arab mind, but it turned out he was obliviously over-confident about his acceptance as an American wanting to report on the Syrian Civil War.

Surprising to Theo, the Free Syrian Army members who promised him border passage, told him after they made it to Syria that they were really with Al-Qaeda and he was their prisoner. Then he was introduced to a fellow claiming to be its head. After that, he was introduced to the handcuffs, chains, cables, electricity and ropes of The Torture Room.

Theo understood his captors had suffered from American policies. While he was being hit in the head with blood flowing, another captor calmly began reciting the grievous sins of the US beginning with the treatment of American Indians and dropping the bomb on Hiroshima. However, Theo also understood and empathized with the suffering of his persecutors, suspecting that they had lost their homes, loved ones and productive futures. They were suffering too.

Juxtaposed to the responses to his capture were comments by his mother and cousin. America does not negotiate with terrorists, but his mom, Nancy, was sill contacted by her son’s captors with various requests from $3 million to $25 million. This was a woman who was dithering over the expense of a wood stove. While she would not sell her family’s Vermont farm, she still gave a counter offer, which was never acknowledged and increased her worry and grief.

Theo learned pithy truths about himself, life, enemies and universal needs. After returning home, he volunteered to work in Lesbos, lifting Syrian refugees from the sea and translating their medical needs to medical crews.

This is a fascinating true-life tale of a personal struggle to survive. It is perfectly directed by David Schisgall, winner of the 2004 Edgar R. Murrow Award for his work in Iraq, and produced by veteran filmmakers with experience in the Middle East.

“Theo Who Lived” opened in New York City on Oct. 7th and will open in LA on Oct. 21 at Laemmle’s Monica Film Center. Future play dates in other cities are listed on the film’s website. 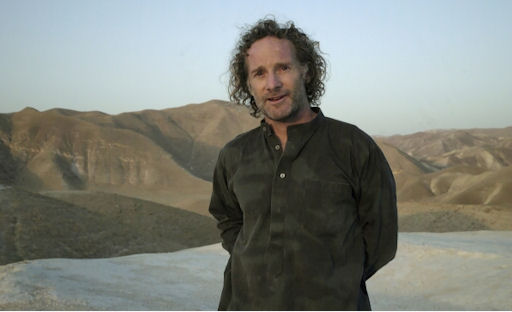