Review: To Rome with Love 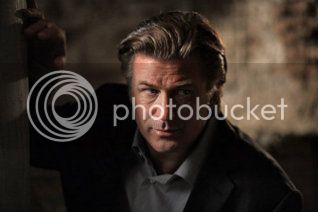 Last year, Woody Allen cleverly wrote and directed the magical and memorable “Midnight in Paris,” for which he won an Academy Award for Best Original Screenplay. Previous to “Paris,” Allen revisited London a fourth time with “You Will Meet A Tall Dark Stranger,” and two years prior to that, Allen took us to Spain with the quirky “Vicky, Cristina, Barcelona.” Rounding out what seems to be a love letter to Europe is Allen’s latest, “To Rome with Love,” which premiered Thursday at the Los Angeles Film Festival.

The film, which begins via narration from a traffic cop who sees everything on his watch, is comprised of four stories. First we meet Haley (Alison Pill), an art finder in Rome for the summer. While lost in The Eternal City, a local named Michelangelo (Flavio Parenti) comes to Haley’s aid, and like a romance novel, the pair fall in love and become engaged. Enter Haley’s parents Jerry (Woody Allen) and Phyllis (Judy Davis), who fly in from New York to meet their future son-in-law and his family.

Jerry doesn’t much care for Michel’s liberal leanings. Deeming him a “commie,” he’d rather his daughter marry a man with a few sports cars — someone materialistic. Of course, this way of thinking conflicts with the in-law’s simplistic way of life. Without much in common with Michel, but out of respect for his wife and daughter, Jerry resigns himself to silence — that is until he overhears his soon-to-be son-in-law’s father, mortician Giancarlo (Fabio Armiliato), sing in the shower. From that point forward, Jerry is on a quest to convince Giancarlo to pursue his life dream to perform on stage while at the same time rejuvenating his own tarnished career.

Next, there’s John (Alec Baldwin), an architect who lived in Rome during his twenties. There on holiday, he opts out of sightseeing with the wife and acquaintances, choosing to revisit the street where he once lived. While doing so, John befriends Jack (Jesse Eisenberg), who just so happens to reside in the same neighborhood he once stayed. During their time together, John’s introduced to Jack’s girlfriend Sally (Greta Gerwig) and her friend Monica (Ellen Page), an out-of-work actress recovering from a break-up.

In this story, John serves as part guardian angel, part counselor for Jack when he becomes taken by the sexually-free and uber-intellectual Monica – whom Sally warned Jack about before her arrival. This begs the question, why would one knowingly invite trouble into their home?

The third story features Roberto Benigni in what proves to be the oddest narrative of the four. In this amusing short story, Benigni portrays Leopaldo, a man who becomes famous overnight. It’s obviously satire, through him we see the absurdity that comes with being a celebrity.

The last tale involves a prostitute named Anna and married couple, Antonio (Alessandro Tiberi) and Milly (Alessandra Mastronardi). Sent to the wrong hotel room, Anna pretends to be Antonio’s spouse after a big misunderstanding while his wife is on a search for a beauty salon. During her hunt for one Milly, stumbles onto a hot movie set where she meets her idol Luca Salta (Antonio Albanese). Infatuated with the celebrity and smooth-talking ladies man, instead of meeting up with her husband, Milly agrees to have lunch with the movie star, leaving her husband alone with Anna, whose various clientele recognizes her in a hilarious scene at an upscale banquet.

Comparisons between “To Rome With Love” and last year’s hit “Midnight In Paris” are to be expected, but the latter is definitely more polished and magical than the former felt a tad disjointed. Even still, I quite enjoyed Woody Allen’s tribute to Rome. Each story was engaging and the acting more than adequate.

As usual, Allen was his delightful compulsive self, Page and Eisenberg made the perfect pretentious pair and Baldwin seemed at ease as the wise man attempting to save Jack from himself. However, Roberto Benigni and Fabio Armiliato steal the show. Not surprisingly, Benigni proves once again how charming and charismatic he is, while real-life tenor Fabio Armiliato has a voice to make one weep. Honestly, who could blame Jerry for wanting to share such a gift with the world?

Paired with a fun soundtrack comprised of classic love songs (due to be released June 19), “To Rome with Love” is a pleasant, witty romantic comedy well worth seeing.

“To Rome with Love” opens in theaters June 22. Check out the film’s trailer HERE.