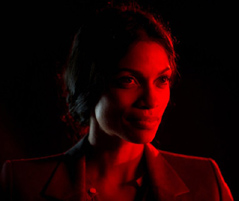 A mixture of “A Beautiful Mind,” “Inception” and “What Dreams May Come” is what Oscar-winning director Danny Boyle (“Slumdog Millionaire,” “Trainspotting,” “127 Hours”) seems to be going for in his new dramatic crime thriller “Trance.” This neo-noir thriller is not only a chase movie, but it traverses reality and takes you into the minds of its characters, convoluting what’s real and what is in the mind of these characters. There are twists and turns that take what you think is happening and switch it around.

Some might see the end reveal early on (as I did), but the movie is still fun to watch unravel as secrets are exposed and characters that are seen one way prove to be something completely different.

Boyle still has a magical hand in crafting films, and while “Trance” may not be his best movie to this point, the amazing cinematography, upbeat music, violence and sexuality make it a compelling film full of great performances. It may be hard for some to keep up as the mysteries are revealed in a nonlinear narrative, but fans of Boyle’s style and the psychological genre as a whole who are fine with a few violent scenes and gratuitous nudity should check out “Trance” when it hits theaters this Friday.

Adapted from a made-for-television movie, “Trance” takes us to London, where auction-house employee Simon (James McAvoy) is presiding over a painting that will sell for around $30 million. When a robbery begins, Simon does what he was trained to do, secure the painting, when he runs into gangster Franck (Vincent Cassel) and is knocked out. When Simon awakens in the hospital, he is surprised to learn he has amnesia regarding the event — but not as surprised as Franck, who realizes the painting is not actually in the package he stole. Franck and his goons abduct Simon and torture him in an attempt to extract the painting’s location.

After failing to do so, Franck decides to hire a hypnotherapist to try to get the memory of the location of the painting out of Simon. When the hypnotherapist, Elizabeth (Rosario Dawson), figures out what is going on she gets in league with Franck for an equal share of the painting’s worth. As the film unravels, secrets, desires and fears are revealed, and obscure connections and truths unfold as what you thought happened didn’t and the paradigms of who is the victim begins to shift in this criminal ménage a trois of lust, greed and hidden desires.

Boyle has once again crafted a beautiful film, unlike some recent endeavors, which takes you on a journey and plays around with the themes of paranoia, obsession and the effect of art on the human psyche. It’s an art heist film, as well as an amnesia film and a thriller that reveals itself and all of its dark secrets by the end.

The three key figures in the movie are James McAvoy, Vincent Cassel and Rosario Dawson and although McAvoy is the lead, I found the characters played by Cassel and Dawson far more fun to watch. I like how all three of these characters have major arcs in the movie and by the end, none are in the same place or categorized the same by the audience. While Cassel might be pigeonholed here as the bad guy, he does a wonderful job showing a softer side to his maniacal character. I have loved Dawson’s work in films for years – including her parts in “Sin City,” “Rent” and “Death Proof” – and this is a role that will have you seeing the actress in a completely new way. James McAvoy’s Simon begins a victim — a man with a shattered jigsaw of memories — searching for his own truth throughout the film, and what he finds in the end might not be something that he would want to remember.

Boyle’s editing and filming style is superb. The film is full of awesome music composed by Rick Smith and is beautifully shot by Boyle’s longtime collaborator Anthony Dod Mantle. The use of glass and shiny surfaces for reflections and obscured viewings mimics the search for hidden or unseen memories. I thoroughly enjoyed the film and even though I figured out the major twists early on, I still was entertained and loved watching it resolve itself by the end.

Is this a perfect film? No, but Danny Boyle’s “Trance” should be valued just like the object of everyone’s attention in the movie — like a piece of art. While I hope I didn’t spoil anything in the film for you, I will finish this review with a quote from the movie “A memory is locked in a cage, and with enough force, the lock can be broken.”