Directors Chris Hegedus and D.A. Pennebaker (“The War Room”) have covered some strange stories but this one may be the strangest so far.

Steven Wise is described as an animal rights lawyer. That is a significant understatement. He is not only fighting for increased rights for animals, he is making the legal case for moving, or erasing, the line between animals and humans. Once the courts agree that animals must be treated as humans, the rest is easy.

OK, not necessarily easy, but at least possible. The keys points in this blessedly brief essay on human rights law are cognition and personhood. The cognition line argues that higher level animals such as primates, elephants, whales and dolphins have been proven to have cognition with regard to past, present and future, autonomy, self-knowledge, reasoning and other traits previously ascribed only to humans. It is this cognition that entitles them to the same basic rights as humans.

The personhood line argues that throughout legal history many nonhuman entities have been granted legal rights and standing as persons. Ships, corporations and even a river have, at one time or another, been considered people. So why not animals?

At stake is not the right to use human restrooms or sit at the front of the bus. The key tactic invented by Wise is the granting of autonomy. As humans we readily understand that imprisonment is a punishment because it denies the basic human need for autonomy, the freedom to do what we want. Therefore, the imprisonment of higher functioning animals, the denial of their autonomy, is illegal punishment.

Has it worked? Well, this movie shows a few supreme court judges being driven to the brink of madness. It also paved the way for a couple of pretty well treated chimps imprisoned at Stony Brook State University of New York to be released into a primate preserve. On the way to this conclusion, Wise succeeded in getting a writ of habeas corpus compelling Stoney Brook to show why the chimps should be imprisoned. Apparently the first such writ ever granted on behalf of an animal (it was quickly rescinded as the judge immediately landed in a maelstrom of criticism).

Confusing, inspiring, intellectually fascinating and maddingly confusing, this movie is funny from beginning to end. It starts slowly, looking like just another “save the whales” diatribe, but as it gains momentum the viewer is transported as of by spaceship into the surreal world of supreme court appeals. More like black hole math than civil rights law, Wise’ journey through the courts makes “Alice Through the Looking Glass” look like a trip to the Walmart. By the end of the film, late 2015, a poll showed one-third of Americans believe certain animals should be accorded human rights.

Ghandi is credited with having said, “The greatness of a nation and its moral progress can be judged by the way its animals are treated.” The question is, having saved the animals, can we save ourselves? See this film and decide for yourself. 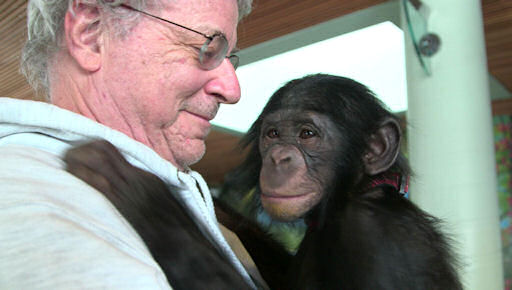