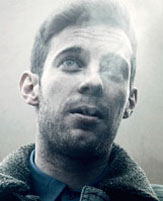 Primed and pumped up for that next cruel and gritty, dark and dirty, “The world is no damned good” noir mystery thriller, you are a bit taken aback when the lead character, Harvey Miller (Luke Treadaway), shows up on the screen. There are two problems. The first is that Luke looks too good and the second is that Harvey looks too bad. Harvey has just been beaten up by bad guys unknown and is being interrogated in the police station by Detective Inspector West (played to perfection, at least as far as the screenplay will allow, by Timothy Spall). Harvey has blood all over his face, blood coming out of every orifice, blood under his fingernails and blood hanging from his eyelashes.

Do you get it? Harvey is bloody. But no matter how large a blood budget writer/director Rowan Athale commandeers, there is no way Treadaway can be made to look like a humiliated, psychotic ex-con whose girlfriend has dumped him repeatedly for his violent, feckless and cruel disregard for society in general and, specifically, for those who love him the most. He simply looks too nice, even under all that blood.

In reality, at a real police station, he could have stuck his head under a shower for 30 seconds and washed ninety percent of it off. Is this standard procedure in the UK, to interview suspects dripping with blood? It is too much, too soon, and it gets this film off to a bad start.

A reasonable comparison is with John Cusack in Stephen Frears 1990 masterpiece “The Grifters.” Cusack was 24 years old at the time and in his normal state looked just as fresh and young as Treadaway. But in “Grifters,” whether due to direction, screenplay or acting talent, Cusack looked like the deeply, sincerely alienated and self-hating young man he was. And did it without any blood or make-up. He didn’t need to look like someone who had suffered so much pain he was beyond pain, he simply acted that way. In this flick, Treadaway does not.

This is too bad because he has about three quarters of the screen time. As the mystery thriller lover stares at the screen, he or she never stops hoping, against all hope that something will come to life. That either Luke or his mate Dempsey (Iwan Rheon) will do something that allows us to identify with one of them, rather than writing them off as easily as cyphers of the genre. Then Matthew Lewis, of the “Harry Potter” series, shows up playing another buddy, Dodd, and we see that all hope is lost. Whatever Lewis cut his chops doing in the HP series, it does not translate to confronting a vicious and established drug mobster in the inner city. 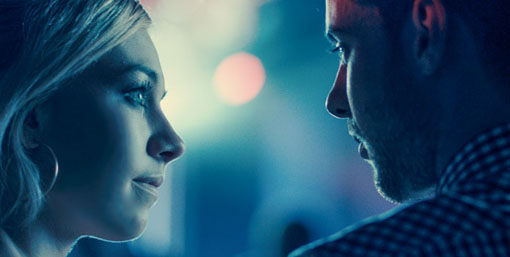 The bad guy in the film is drug kingpin Steven Roper (played by Neil Maskell). Considering that the entire point of the movie is revenge, Roper’s character is critical to the impact of the storyline. Unfortunately, his part is too small and his lines too few. The viewer cannot come to hate him strongly enough to root for the underdog Harvey. Perhaps another comparison to “Grifters” is in order. The bad guy in that film was gangster Bobo Justus (played by Pat Hingle). Everybody is clean and neatly dressed, and even semi-well mannered, as he describes to Anjelica Huston exactly the type of permanent internal injury he will inflict upon her if she makes another mistake. Presto, we hate the guy and we really want to see him crucified.

Not so with Steven Roper. We know he is going to be crucified, because this is a predictable film and that is what happens in predictable mystery thrillers. Even when it happens, it not as gritty or as visceral as it should be. By that time we were already remembering the countless times we had seen it before. How could it possibly match up? Perhaps if he had made some violent and psychotic attack on Harvey’s girlfriend, Nicola (Vanessa Kirby), that would have helped. Of course, it would have helped even more if Nicola had said or done something a little different from too many rejected girlfriend characters in previous iterations of the part.

The story is told in a series of flashbacks as Harvey tells his story to Detective West, which gives the film that acceptably dreamy retrospective outlook. The stage was set, but there was no bravura performance. First time writer/director Rowan Athale played it safe, chose a tried and true film formula, cast good actors and put together a watchable film. But he is going to have to show a lot more guts and a lot more creativity if his career is going to move beyond this.